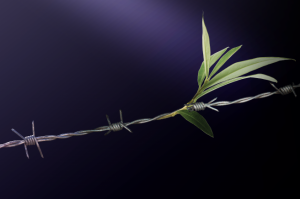 In 2005, the United Nations General Assembly designated January 27—the anniversary of the liberation of Auschwitz-Birkenau—as International Holocaust Remembrance Day. At first glance, it would seem that the official designation is a step in the right direction. After all, it’s a recognition that genocide is not only destructive of the victims, but of the perpetrators as well. The commemoration, with its call for education about the evils of anti-Semitism, signals an intention to learn from past mistakes.

Institutions and the big picture

Unfortunately, the result has been just the opposite: International Holocaust Day has become a form of “slacktivism”—an empty gesture disguised as meaningful commemoration. It is this sort of lip-service to an ideal—with no actual change on the ground—that has allowed the UN to become, in effect, an enabler of tyranny, oppression, and even genocide.

One could argue that an organization that has consistently cooperated in the demonization of the world’s only Jewish state is not the best choice to commemorate the Holocaust. However, even were the UN less under the control of despots, it would still suffer from a handicap common to public institutions in general: they are focused on the big picture, not on individuals. It is in the nature of institutionalized memorial days to be impersonal, centered on significant dates and well-known places. Individual names and faces are lost in the enormity of it all. As a result, the day itself loses its impact. It becomes about something that happened once upon a time, to faceless masses a long way from here.

One could make a case that the Diary of Anne Frank has done more to cement the lessons of the Holocaust in the minds of real people than any number of official speeches and ceremonies. In the same way, the film Son of Saul, which portrays an act of humanity in the inhuman hell of Birkenau, will likely have greater impact in conveying the true horror of the Holocaust than any number of well-intentioned commemorations. Art, literature, and film play the same role for civilizations as dreams do for individuals; they allow us to integrate our experiences and learn from them. They allow us not just to remember what happened but to be changed by it.

In order to learn the lessons of the Holocaust, we must see both victims and perpetrators as real people—people like ourselves. While most people will never commit such atrocities, it’s important to remember that those who do are ordinary people in every way—until suddenly they cross the line. With few exceptions, the Nazis and their helpers were not psychopaths; their actions were the result not of what they were, but of what they chose.

Art and literature allow us to enter into the world of others because they engage our empathy for others like ourselves. A book like the Diary of Anne Frank links the lives of those lost in the Shoah with the lives of those now living.

In my own book, a former member of the Birkenau Sonderkommado, Ovadya ben Malka, haunted by what he was forced to do to survive, turns to a rabbi for judgment. “One cannot keep alive the memory of thousands,” Rav Ish-Shalom tells Ovadya. “It just is not possible. Instead, call to mind individuals. Not their deaths, but their lives.” This advice forces Ovadya to see the victims as individuals, people like himself—and so to acknowledge his own humanity, and confront his own responsibility for the choices he’d made.

This is what days of commemoration really should be used for: to help us confront the reality that a catastrophe as great as the Holocaust was the work of individual human beings, who, like people everywhere, are faced with hard decisions about right and wrong. Instead of distancing the horrors of the Holocaust from us, as the events of International Holocaust Remembrance Day do, we need to keep them close: It could happen here. It could happen now. I could be a victim. I could be a perpetrator.