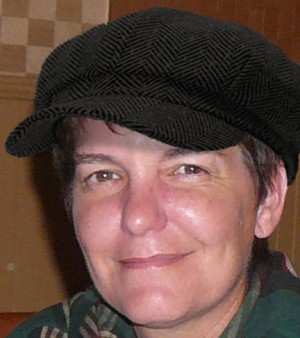 Yael Shahar is an entertaining speaker and workshop facilitator with experience in both academia and the private sector.  She draws upon her rich life experience in Jewish learning and security work, along with her personal transformation and growth to engage and inspire her audiences.

Yael is available for speaking engagements for book clubs, social events, and conferences.

Seminars based on Returning

Moral and Religious Dilemmas in the Holocaust

When does death becomes a moral obligation? What remains of human responsibility in the face of overwhelming coercion? How can we accept the unacceptable, and still be who we were? These are only some of the questions faced by Jews in the Shoah. The answers to these questions are no less important to those facing less severe circumstances. In an age where immorality often masquerades as the norm, it isn’t only of the victims that we can say: that could have been me, but of the perpetrators as well. The lessons of the holocaust may help to teach us how to live in such that should the circumstances arise: that will not be me.

Related educational material: In a Time of Persecution: Moral & Religious Dilemmas in the Holocaust

Can one do Teshuvah for acts committed under compulsion? What if you don’t know whether you did anything wrong? This presentation will examine the halakhic answers to some painful dilemmas in Jewish history, from the suicide at Massada to the choice of the sonderkommando during the Shoah. We’ll look at Teshuvah through a variety of lenses: including the written Torah, the Talmud, the Rambam, and modern thinkers like Victor Frankl and A. J. Heschel.

The seminar is meant to be interactive, and potentially cathartic for those who have faced hard choices in the past.

The following lectures, seminars, and workshops can be tailored to suit any audience, regardless of background or previous knowledge. Each class can be given either in a stand-alone 1-3 hour format, or as part of an all-day workshop or seminar. The classes are interactive and aim to build a deeper understanding through dialogue, in the manner of classic Jewish study.

Rabbi Yochanan and Reish Lakish: Thesis and Anti-thesis in the Talmud

No other Talmudic sages have so fired the imagination as the iconic pair: Rabbi Yochanan, cloistered in the Four Cubits of Halakhah, who chose a life of poverty and asceticism over a life of worldly success; and Reish Lakish, his pupil, a former bandit who could always “find twenty-four reasons why Rabbi Yochanan was wrong”.

The Talmud is full of stories and debates between these two scholars. We’ll take a look at some of these sources to see how their opposing worldviews lie beneath the synthesis and antithesis of much of the Talmud, and why neither view is sufficient on its own.

The Evolution of Jewish Cultural Memory

This lecture explores the mysterious mechanisms by which Jewish cultural memory is encoded as “cultural DNA”. Why are some memories handed down and not others? How do values create self-propagating cultures? And how do these questions help to explain Jewish cultural continuity.

We’ll discuss some radical ideas proposed 2,000 years ago which have increasing relevance in today’s globalized world. We’ll look at Jewish history through the prism of modern evolutionary theory, genealogy, genetic diversity, and cultural memetics in order to understand how Jewish practice forms the “memory” of the Jewish People.

Memory and Immortality in Jewish Tradition

The most severe penalty in the Torah is Karet: “That person will be cut off from his people.” This dire punishment is considered worse even than the death penalty. But what does it mean to be “cut off” from one’s people?

This presentation explores Jewish texts down through the ages, to show how the notion of Karet, of cutting off, is bound up with the Jewish idea of cultural and genetic immortality. In fact, we’ll see that the Jewish tradition includes ideas that seem to presage the modern science of Epigenetics—the study of how certain kinds of memory are handed down in families through molecular and cellular mechanisms.

Memoir as the Preservation of Jewish Memory: A Writing Workshop

Everyone has a story to tell—in fact most have dozens of stories, any one of which is worthy of being preserved for future generations. Some of these stories are not only crucial to family and community history, but have lessons for humanity far beyond the individual and family level.

This workshop will give participants some valuable tips on putting memory into writing, launching them on their way from first sentence to published memoir.

Topics covered will include: interviewing; writing, story-telling and story structure; the ins and outs of publishing; distribution and marketing.

After an adventurous and unattributable career in security and intelligence, Yael Shahar divides her time between researching organizational dynamics and learning Talmud with anyone who will site still long enough. She specializes in Jewish organizational dynamics, textual interpretation, and social trends. A dynamic and sought-after public speaker, she lectures in Israel and abroad.

She is the author of Returning, and writes on Jewish education and philosophy at www.yaelshahar.com, the Times of Israel, and Haaretz Jewish World.