You are here: Home / Halakhic Process / Are women people? The implications for women’s Torah study 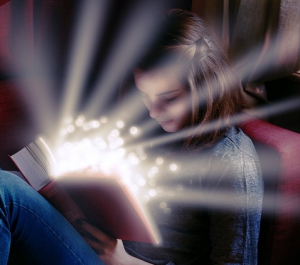 In a beautifully written, and desperately painful article for the Lehrhaus, Torah scholar Ayelet Wenger highlights the lack of opportunities for women to study Torah at the same levels as men. I read this article once, and then went back and read it again…as if by reading it through again, I could change the reality it describes:

My shanah aleph havruta graduated from Stern and then there was nothing for her. Once we dreamt up an imaginary school together. A school for driven women, women who would be in the beit midrash when the world goes to sleep and when the world wakes up and when the world ends. We would have one of those Ramim, the kind our friends have in the Gush, the kind who show up at the women’s schools for an hour or two of community service teaching each week before scurrying back to their boys, the kind whose words waft across Shabbat tables and through classrooms back home in America.

Our fantasy collapsed, leaving that handful of women huddled on rooftops, waiting for the son of Azariah to open the advanced yeshivot to those whose insides do not resemble their outsides, to those born with the passion of Ben Azzai in the body of a woman.

It is easy to despair of this situation, simply because it appears so insoluble. Despite four decades of women’s Talmud study, the opportunities to go beyond the basics simply aren’t there—at least not without sacrificing any semblance of a normal life. But the source of the problem is not, as some would have it, some endemic misogyny in the orthodox world. Rather, the difficulty is the idea that women aren’t obligated to study Torah (never mind that men aren’t obligated to study full-time either).

Halakhah doesn’t deal so much with rights as with obligations. Men have the “right” to be well and thoroughly taught, and to spend years learning, because they are also obligated to learn (though not to the extent of being a burden on the community). Of course, the same reasoning accounts for many other issues. For example, bad or non-existent seating in the ezrat nashim? Well, after all, women aren’t obligated in t’filah b’tzibor (public prayer).

…for the sake of saving the world

The halakhic system is meant to mold both individuals and societies from the ground up. It must set priorities that are beneficial overall for the majority of Jews. And yet, along the way, injustices creep in, as they must in any legal system. In times gone by, strategic solutions were implemented to counter unwanted side-effects of otherwise beneficial laws.

Such pin-point adjustments were made “mipnei tikkun haOlam”—”for the sake of mending the world”. A modern translation might be “for the sake of public policy”, but the Hebrew phrase better gets across the idea that redressing the balance of justice for a minority harmed by laws meant to benefit the majority has implications for the greater good.

In the case of women’s halakhic status, such an adjustment for the sake of “tikkun haOlam” may ultimately stem from the idea, put forth by Rav Yoel bin Nun, that in our day, there are no “nashim” (“women”) in the sense that the sages of the Mishnah and Talmud used the term. According to Rav Yoel, the Mishnah speaks in categories, and the category of “nashim” originally referred to an economic status of dependency and semi-slavery that simply doesn’t match the current reality of actual flesh-and-blood women. And if that is true, then one could make a case that today’s women are obligated in time-bound mitzvot, prayer, and Torah study just as much as men are. One could go farther and posit that men who are occupied in child care are not obligated in time-bound mitzvot.

Only free agents are bound by law

The Torah is addressed to free agents, and the “nashim” of the Mishna and Talmud were not in that category. People who are not free agents—economically, socially, and politically—cannot be expected to carry out obligations that would undermine their duty to their employers. But, as Rav Yoel has pointed out, women today are free agents, at least to the same extent that men are.

The question is: does this make a difference halakhicly? I believe that it does. At one time, someone who was born deaf would have been exempt from all Torah obligations; the inability to communicate put such people in the category of one without thought or reason. But in our day, deaf-mutes are no longer in the category of “hereshim,” due to their ability to communicate via alternate means.

In the same way, halakha should be able to recognize the free-agent status of women today. The redefinition of who is a “heresh” serves as a good example of how the category of “nashim” might be redefined so as to exclude the vast majority of Jewish women today.

If Rav Yoel’s thinking catches on, the Torah will finally be given to the Jewish people as a whole—women included.