You are here: Home / Parashat HaShavua / BeShelach: The vulnerability of freedom 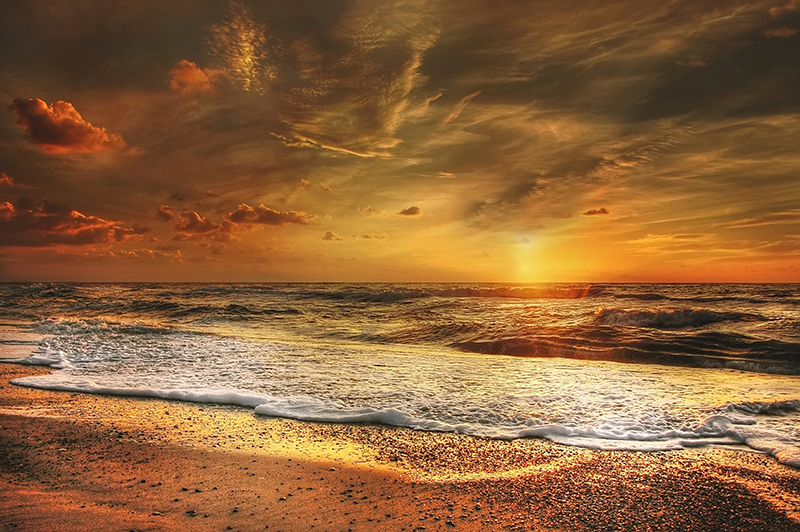 This opening verse serves as a title and introduction to this week’s parashah. In fact, the episodes that follow illustrate that you can take the people out of Egypt, but you may have a very hard time taking Egypt out of the people! Time after time, the Israelites complain against Moshe and Aharon that they should have left well enough alone. We were doing fine in Egypt until you two came along! Why did you have to go and make waves?

We might wonder how it could be that after the suffering they endured under the burdens of slavery, the people would not be grateful. They should be overjoyed just to be out of there, able to live and die in freedom.

But it doesn’t work that way. People who have known nothing but slavery are not able to shift gears overnight. But how could it have been otherwise? We should not forget that this was not a coherent nation; it was a ragtag band of ex-slaves–some with strong family ties to the traditions of Bnei Yisrael, most without such ties. As a more recent refugee from slavery, Ovadya ben Malka writes:

Something happens to one who is enslaved, especially if he is enslaved from a young age: he comes to distrust his own strength to do anything. But he also cannot trust anyone else. “After all,” he says, “if I cannot help myself, no one else will help me. I must do nothing to reveal my weakness, for the weak do not survive.” A free man may say, “God will help me.” But one who is enslaved feels himself enslaved at the will of God. He feels the hand of God in every blow and every cold blast of wind. He does not expect any mercy from God.

Someone in that position cannot undo by an act of faith what experience has beaten into him. He can be rescued and witness incredible wonders (the Parting of the Sea, Manna from heaven), but he will still be prone to distrust. There will be a tendency to see all this as just the raising of hopes in order to dash them when it is all taken away again. (In a Time of Persecution: Moral and Religious Dilemmas in the Holocaust)

In the immediate aftermath of the exodus, the Israelites are faced with a series of tests designed to ascertain whether this newly constituted nation can escape their mental slavery in order to take on the mission that God has in mind for them. In fact, the key word in our parasha is “test”.

A lesson in seeing options

But let’s start at the beginning. We’re told that “The children of Israel went up armed from the land of Egypt.” If the text takes the trouble to tell us that they were armed, why then does God worry that the people may turn back at the sight of hostile peoples? The answer seems to be that even armed, they were no match for their fears. The slave rarely has to face the choice of going forward or turning back. Therefore, God will put them in a position where the choice is out of their hands.

Speak to the children of Israel that they should go back and camp in front of Pi-Hahiroth, between Migdol and the sea, in front of Baal-Zephon. You shall camp facing it, by the sea.

“By the sea…” The word is emphasized in its repetition. The repeated phrase alerts us (and possibly the Israelites as well!) that something is afoot. They are being put in the worst possible tactical position—the wilderness all around them, and the sea at their backs. A trap with no escape.

We can imagine the glee of the Egyptian army at coming upon the Israelites in this perfect set-up: the escaped slaves have put their own necks in the noose!  In the powerful imagery of the Torah, we see the Egyptian chariots facing off against the escaped slaves, hampered only by the darkness that suddenly interposes itself between them and their victims.

The Israelites, meanwhile, complain bitterly to Moshe and Aharon for getting them into this mess, and we can forgive their skepticism when Moshe tries to tell them that somehow it will work out for the best. But notice the first obvious symptom of the victim mentality: the tendency to cast blame on someone else. As Moshe tries to get across to them later occasions, he’s the wrong address for their complaints.

What’s more, the way their complaints are phrased illustrates a second symptom of a victim mentality: We told you this was a bad idea. Why couldn’t you leave well enough alone and let us serve Egypt. Because serving Egypt is better for us than our dying in the wilderness! The victim mentality very often blinds us to possibilities. The fugitives see only two options before them: slavery or death. The idea that they can be free and serve God instead does not—and cannot—occur to them. Not yet. It will take a miracle to get them to see that there is indeed another option.

Moshe’s response is a direct answer to this victim mentality:

The word used here for “stand”—tityatzvu—means “stand upright and fully present”, in other words, “act like free people! You are not going back to Egypt”. And under his breath, we can imagine Moshe muttering “…even if you want to.”

The scene that follows has been the stuff of story, film, and animations ever since, so I’ll note only a few things that fit into our thesis: Moshe is told to get the people moving, and only then to spread his hands and his staff over the waters to split the sea. Moshe must take some action before God will reciprocate, both in opening the sea and in closing it over the pursuing Egyptian army. The education in human initiative has begun! Note also the symbolic imagery of a covenant—the people walking between the two sides of the split sea, as a vassal king would walk between the split carcasses of animals to seal a treaty.

All of these symbols point to a dramatic change in the fate of the Israelites and a hint of the mission that awaits them. But on the practical side, the entire episode succeeds in closing of the option of return to Egypt. The sea now stands between them and any return to slavery. From here on, the Israelites can only go forward.

The power of helplessness

Ultimately, as we’ll see in later chapters, the test of whether the freed slaves can trust that God would make up in miracles what they lack in strength is one that they cannot pass. Despite their triumphant Song of the Sea, they will fail test after test on their long journey toward the promised land. And as we know, they will not make it. The memory of slavery will never be completely healed.

Their words sing in our blood to this day. Perhaps such words could only have been uttered by those who had experienced an aspect of God that we would prefer not to see, and thus knew what it was they were entering into—and all its consequences.

Perhaps this is part of what their example was meant to show: that we can fail at a test—even fail spectacularly—and still be worthy of redemption. The Torah was not given to those who had the strength and trust to conquer the Land of Israel. It was given to those who had been made to understand the consequences of failure and so could go into it with open eyes.