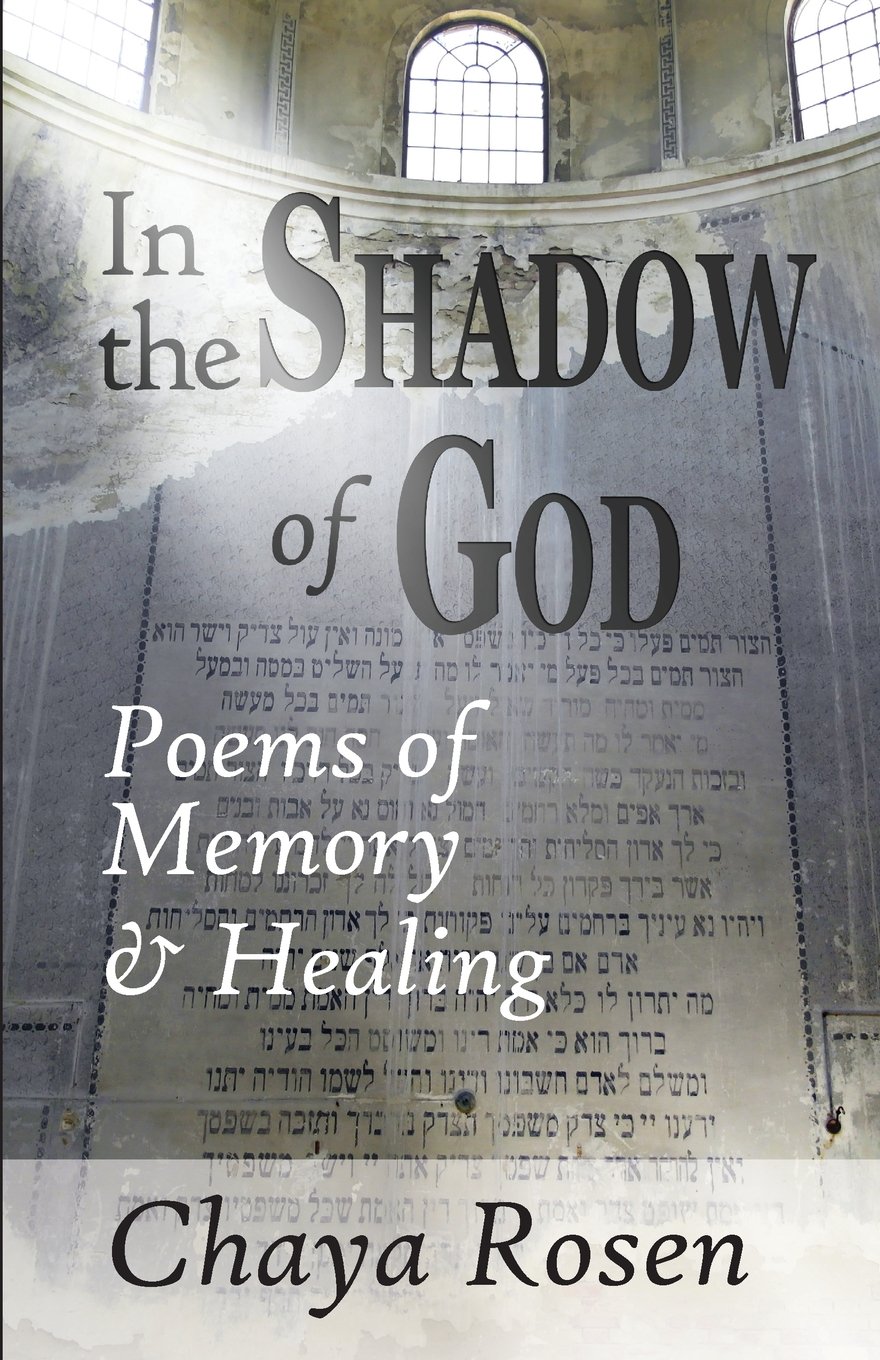 To be a daughter of survivors means to grow up with secrets, writes Chaya Rosen.  “There were always the deep, dark, shameful secrets. The things our parents spoke about with other survivors. You could tell what was missing, because the conversation would stop whenever one of us kids came into the room. You always knew.”

In the Shadow of God* is a collection of poems reflecting a daughter’s need, first to shake off and later embrace, her parent’s experience. Rosen explores what she sees as the “silent sounds and shadows”—a legacy inherited by children of the post Holocaust era.

Written in free-form verse devoid of punctuation, the poems conjure up images of a subconscious grappling with realities that can never be named. They are not, for the most part, about the Holocaust, but the past is never far out of mind.

The verse frequently draws the reader into the poet’s world, leaving us surprised, moved, or shaken at surprising turns of phrase or vivid sensory imagery.

I am no expert on poetry, but I have to say that I found myself moved almost to tears as I let Rosen’s imagery draw me into her world. I could sense the inner struggle to build something beautiful and enduring on her parents’ whispered past.

Overall, the book is a beautiful exploration of how tragedy and sorrow can be turned into meaning, hope, and aspiration. Highly recommended!

* Full disclosure: I designed the cover and did the print layout for this book.