You are here: Home / Memory & History / The Curious Timing of Yom HaShoah 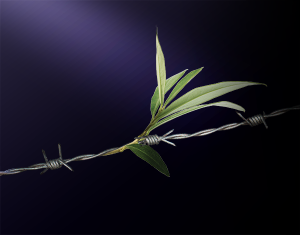 Holocaust Remembrance Day in Israel is one of the most solemn days of the year. Places of entertainment are closed, sad songs dominate the airwaves and the mood is somber. And yet, there are Jews who do not stand up during the memorial siren or otherwise observe the solemnity of the day. Among certain parts of the ultra-Orthodox sector, Yom Hashoah is barely noticed.

This is not due to any disrespect toward the victims of the Shoah. Israeli Haredim set aside the Tenth of Tevet, a day of fast, to remember the victims. In fact, they do not object to the idea of memorializing the Holocaust, but only to the way it is “officially” done in Israel.

The date of Holocaust Remembrance Day was chosen to commemorate the Warsaw Ghetto uprising. Not only is this an apparent insult to those who died without the opportunity to fight back; it also puts the memorial day in the Hebrew month of Nissan – a month set aside by Jewish law for celebration, during which formal mourning is forbidden. Both the timing and the character of the holiday were thus seen by more traditional Jews as a conscious attempt to throw off the trappings of Jewish tradition.

And yet, there is a strange synchronicity at work in the timing – and perhaps even the character – of Yom Hashoah. In seeking to deny the “ghetto mentality” of Jewish tradition, the founders of the State of Israel may have unwittingly tapped into an even deeper Jewish cultural pattern.

At first glance, we seem to have a conflict of one memory with another: Nissan is the month for remembering the Exodus; there is no place here for gloom and doom. And yet, it isn’t only the joy of redemption that we are to remember. Our tradition tells us that the memory of the Exodus should be so real that “every person should consider himself as if he personally left Egypt.” But this memory includes the experience of slavery – a curious memory to wish upon future generations!

No other people “boasts” so humble a beginning. At a time when nations were claiming descent from gods and kings, Israel claimed descent from the lowest of the low. To call someone “son of a slave” was a dire insult at least as recently as Talmudic times. And yet, we memorialize our disgrace. Like Yom Hashoah, our remembrance of the Exodus is a deliberate shift in perspective – from victimhood to heroism.

But there is more to it. The reason we are to remember the experience of slavery is expressly spelled out in the Torah – one of the few occasions where a reason is given for a commandment: “Do not oppress the stranger, for you were strangers in Egypt.” In other words – remember what it was like to live defenseless in a foreign land.

And there is another, even darker memory that is bound up with the Exodus. We are told to remember Amalek, the quintessential villain of the Torah. “Remember what Amalek did to you when you left Egypt,” how they preyed on the weak and defenseless who fell behind, the very ones that you are told to protect. This too is a curious command: one of the only times when the Torah actually encourages us to cultivate outrage.

These two memories – liberation and victimization – are mirror images; we can’t understand one without the other. It is the combination of the two experiences that can help us see how oddly appropriate it is to observe Holocaust Remembrance Day in Nissan, and how befitting it is to link this observance with Memorial Day and Independence Day one week later.

The lessons of the Exodus and of Amalek are the same: keep these formative events always present for you, eternally current. Never allow time to heal the wounds, so that you don’t become callous to evil. But never allow time to blur the memory of wonder either.

We must never dare to draw conclusions from the Shoah. There are no answers. But we can choose what we do with the memory. The national transformation commemorated by the month of Nissan – from slaves to moral actors – shows us the way.

Perhaps putting Yom Hashoah in Nissan wasn’t so great a break from tradition after all. In fact, it may have tapped into a Jewish historical pattern that is far deeper than the Mishnaic law against mourning in Nissan, and far older. Perhaps unconsciously, the founders of the State of Israel tapped into the very core of Jewish history: this strange juxtaposition between heroism and martyrdom, between mourning and triumph, is a way of owning the memory of the Holocaust by weaving it into our ongoing national story.