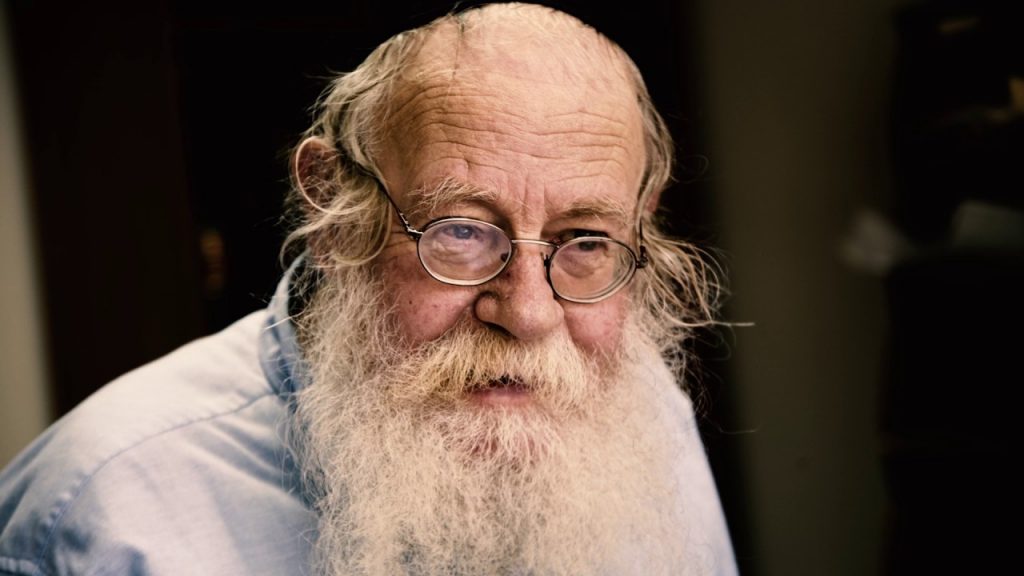 In March, 2011, with very little fanfare, a milestone in Jewish history was passed: forty-five years after he started the project, Rabbi Adin Even-Yisrael Steinsaltz completed the first ever translation of the Talmud — all 5,894 folio pages (nearly 12 nominal pages!) of it — into modern Hebrew. Translations into English and Russian soon followed.

Six years later, in 2017, the Sefaria Project put the Steinsaltz Talmud online, first in Hebrew, then in English. “For the Jewish people, our texts are our collective inheritance,” read the official announcement.  “Sefaria wants them to be available to everyone, with free and open licenses.”

Bringing the Talmud back to the people

The opening up of the Talmud to every Jew is of historic importance, though the true impact may become apparent only in the next century or two.

To give some background, the Babylonian Talmud is an eight-hundred year-long conversation spanning everything from the laws of damages to metaphysical speculations. It contains morality tales, philosophy, politics, humor, puns, and wide-ranging discussions of legal subtleties.

It is based on discussions that took place in various educational institutions during the crucial period when the Jewish nation was transitioning from sovereign state to a nation-in-exile. Out of these conversations arose the Oral Torah—the Jewish civil and religious law that we still use today: from income tax to the laws of damages, from the laws of charity to the intricacies of medical law and the etiquette of the marketplace.

Rav Steinsaltz liked to call the Talmud a “four dimensional table”. Each discussion may have inputs from people generations apart, living in different places and circumstances. A question is asked in one generation, answered in the next, and the answer challenged in the next. Conclusions are rarely final; what is important is the process of reasoning through the issues, the considerations involved, and the search for truth.

But in considering alternative approaches to the truth, the Talmud methodically seeks to avoid privileging one opinion over the other. It is structured in a way that highlights the limits of human knowledge. This is a statement about the world and our relation to it. It is meant to reflect the unknowability of the world, coupled with the paradoxical power of the human intellect. The Talmud is God-wrestling par excellence.

A kingdom of priests

Not only does the Talmud democratize opinions, it also democratizes access to knowledge. Its discussions take place in Aramaic, which was the lingua franca, the “English” of its day. While verses from the Tanakh appear in their original Hebrew, the “minutes” of the discussions were written in Aramaic and Aramaic “key words” inserted to show the internal logic of a discussion—all so that the text would be accessible to anyone with the skill to read it. In other words, the Talmud was meant to be a guide to civil and moral life that potentially anyone could use.

Further, the laws derived from Talmudic discourse were meant to be self-enforcing; communities should be able to live by them without the (dubious) benefit of an executive authority. This was the culmination of an idea going back to the Written Torah: “You shall be a kingdom of priests,” a nation in which each individual is capable of understanding, teaching, and practicing the laws of the Torah.

With the dispersion of the Jewish nation, this decentralized system became not only an ideal, but a necessity: every node became a potential decision point. Each individual had to be able to figure out on his or her own how to live in ways that would preserve the connection with the past and the bonds to a community dispersed across distant lands. The system had to be radically democratic: “A law not followed by the people is not a law,” while at the same time carrying enough moral and religious authority to be compelling.

And it worked! At least up until very recent times, anyone—at least theoretically—could learn to look into the Talmud and understand the considerations that went into legal derivations. Laymen could understand enough for individual practice, and experts could use the discussions as a basis for answering more complicated legal questions. The Talmud provided Jews from far distant lands with common concepts and a common language—even a common mindset. The methodology of the Talmud helped sharpen mental skills, while teaching the essential lesson that human beings can never arrive at final answers.

The dilemma of citizenship

But with the Enlightenment in Europe came a dilemma. Jews were allowed to become full-fledged citizens of the newly-constituted nation-states, but on condition that they give up their “particularism”. What this meant in practice was an agreement to give up the Jewish civil code in favor of the laws of individual nation-states. Jewish communities were allowed to retain only those laws that didn’t overlap with national laws. This left only laws governing ritual matters—a tiny percentage of the total content of the Babylonian Talmud.

In many cases, this offer was accepted. Jews abandoned their language, their identity, and their communal laws en-masse and embraced the offer of full citizenship in Western European nations. But this came at a heavy price: even those who might want to keep some connection with their identity now lacked the language with which to do so. Jewish children no longer grew up learning to read Aramaic and Hebrew.

A century later, the Shoah put the final touch to all this. Not only were the assimilated communities wiped out, but those who had continued to live a traditional Jewish lifestyle were also destroyed. Thus, the last remnant of those communities where ordinary Jews could read and interpret Jewish law for themselves were gone. Tiny outposts remained in the U.S. and elsewhere, but Jewish literacy among the masses was a thing of the past.

For secular Jews in the Diaspora, Judaism has largely become a matter of knowing about the Jewish holidays, eating hummus, and joking in Yiddish. Most Jews have become consumers of Jewish culture, rather than producers. Their contributions to society have been considerable, but for the most part, these contributions have been to their host cultures, rather than to Judaism.

In order for a Jew outside of Israel to remain within the stream of Jewish history, he must have ready access to 3,000 years of Jewish culture, literature, and political thought. If he does not, then we can pretty much count on his choosing the “incumbent” Western culture, rather than a Jewish culture of which he is mostly—or entirely—ignorant.

No single factor is more important to the survival of a distinctly Jewish culture among secular Jews than the ability to access Jewish literature, and the Babylonian Talmud most of all. Unfortunately, for many Jews living outside of Israel, learning Hebrew and Aramaic seems an insurmountable barrier.

Bringing Torah back to the people

Enter Rabbi Adin Even-Yisrael Steinsaltz, a former physics teacher and high school principal—and world-renowned Talmud prodigy. Rav Steinsaltz saw his mission as nothing less than bringing the Talmud back to the people. Jewish law is meant to be democratic, but only informed citizens can vote? Then, let’s make sure every citizen is an informed citizen! Or at least, let’s make it possible for any citizen who wants to become informed to do so. This is the basis for his decision to translate the Aramaic portions of the Talmud into ordinary Hebrew (the modern equivalent of Aramaic for Israeli Jews) and then into English. His motto was “Let my people know!”

And so the Babylonian Talmud has come full circle, becoming once more what it was meant to be from the beginning: the heritage of every member of the House of Israel. Rabbi Steinsaltz has ensured that every one of us can take our place at the four dimensional table of the Talmud. Thanks to him, the aspiration that the Jewish People become “a kingdom of priests” has again become a possibility.

May the memory of Rabbi Adin Even-Yisrael Steinsaltz be a blessing.