You are here: Home / Parashat HaShavua / Parashat Sh’mini: I will be sanctified by those closest to me 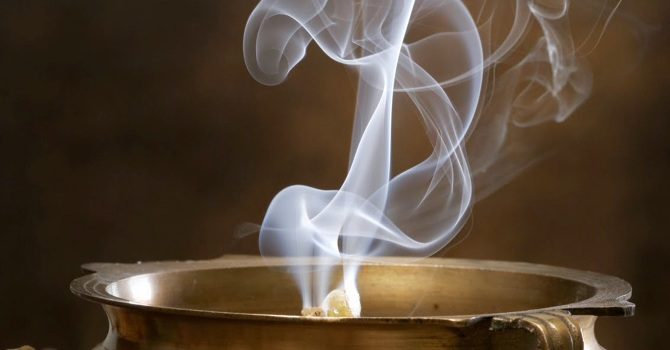 Our parashah follows last week’s cliff hanger: The altar and the priests who will serve it have all undergone seven days of consecration, in anticipation of the eighth day, the day of completion. Having done everything as set out earlier in God’s commands to Moshe, the community is gathered before the mishkan to see whether God will indeed reveal His Glory upon the newly-consecrated altar. This is by no means a given; just as the building of the Mishkan did not guarantee that God would “take up residence” in it, so here too, there is no guarantee that God will accept the offered sacrifice.  God has free will, and the consecration of a sacred space is no guarantee that He will enter into it. We can only do our part; the outcome is out of our hands.

But this time, the miracle occurs: From within the Holy of Holies, where the glory of God has rested since the completion of the Mishkan, a fire emerges to consume the waiting sacrifice.

Aharon lifted his hands toward the people and blessed them; and he stepped down after offering the sin offering, the burnt offering, and the offering of well being. Moshe and Aharon then went inside the Tent of Meeting. When they came out, they blessed the people; and the Presence of the Eternal appeared to all the people. Fire came forth from before the Eternal and consumed the burnt offering and the fat parts on the altar, and when all the people saw, they shouted and fell on their faces. (9:22-24)

But the triumph of the moment is marred by tragedy. Aharon’s sons, Nadav and Avihu were also consumed by fire that came out “from before the Eternal”. Was this the same fire that consumed the sacrifice? The Rashbam seems to think it was. More recently,  Rav Tamir Granot has shown that the position of the incense altar between the Holy of Holies and the sacrificial altar makes it all the more obvious that Nadav and Avihu were caught in the crossfire:

Since God’s glory was already present in the Mishkan, we cannot say that the fire emerged from heaven, as several commentators claim. The expression “from before God” proves our contention, since this expression universally refers to the Mishkan, and specifically to the Holy of Holies. The path taken by the fire, then, was from the Holy of Holies, via the incense altar (which stood facing the curtain, on the outer side, in the center of the vestibule), via the entrance, to the sacrificial altar outside. The direction of movement is horizontal.

Thus, the path of the holy fire crossed directly over the incense alter, the very place where Nadav and Avihu were standing, having loaded up their incense burners with an “outside” fire that they had not been commanded to bring.  They were in the wrong place at the wrong time. On a different day, their actions might have been correct. But not today. Not on a day when what was needed was not the man-made fire of the incense altar, but the holy fire of the Divine presence.

The Rashbam on our parasha makes this clear:

Nadav and Avihu made a simple mistake, but one with dire consequences. On the day that God was to appear through a heavenly fire before the whole congregation, man-made fire was undesirable, as it would negate the miracle, making it seem to be the work of human hands. Their punishment is the direct result of their actions. The fire that consumes them was the very fire that consumed the offering; they were simply in the wrong place at the wrong time. We can look at events through several different lenses. We can just see this tragic event as a “work accident”, with no greater significance. However, the text offers us a tantalizing hint of what was going on “behind the pargod”.

But Nadav and Avihu were not the last to make this mistake. We will read in BaMidbar (Numbers) of how Moshe fared when the nation of Israel reached a place where there was no water. There, God tells Moshe to take up his staff of office and “go fix it”:

As on previous occasions, the people clamored for help in a crisis, and God brought about a miracle for them. And yet, this time was different.

And to drive the point home…

But what did Moshe do wrong? And why so harsh a punishment? Hadn’t he been told to take the staff along and “bring forth water from the rock” In fact, we saw in a previous incident (Sh’mot 16: 1-7) that Moshe was explicitly told to strike the rock before the elders of Israel and bring forth water from it. Why are the two incidents different? The case of Nadav and Avihu provides a hint of an answer: In the parallel story, Moshe struck the rock in front of the chosen representatives of the people. It was a private matter, for their eyes only. They could be trusted to understand that Moshe was not himself working a miracle, but that God was doing the heavy lifting.

But in the second incident, the entire assembly was watching. Had Moshe merely spoken to the rock, as he’d been told, only those closest to him would have heard him. To those standing further off, it would just look like water came out of the rock when Moshe approached it: a miracle! The people—all of them, not just the elders—would see that neither Moshe nor his staff performed any magic, and would attribute the miracle to God alone. But when Moshe lost patience and hit the rock with the staff, he taught exactly the opposite lesson. Even those farther away could see water spurt out of the rock, seemingly as a result of Moshe’s forceful actions. What Avihu and Nadav only tried to do (wittingly or unwittingly) Moshe actually accomplished—he negated a miracle.

Not by coincidence is the key word in both cases “sanctified”. Moshe himself makes this point eloquently when he explains the source of the tragedy to Aharon:

Then Moshe said to Aharon, This is what the Lord said: “I will be sanctified in those that come near to Me (bi-kerovai ekadeish), and before all the people I will be glorified (ekaveid).” And Aharon was silent. (10:3)

Knowing what Moshe’s fate is to be, we can’t but see these words as chillingly prophetic.