You are here: Home / Hashkafah & Jewish Thought / It is not in Heaven: Musings on the Meaning of Torah min Shamayim 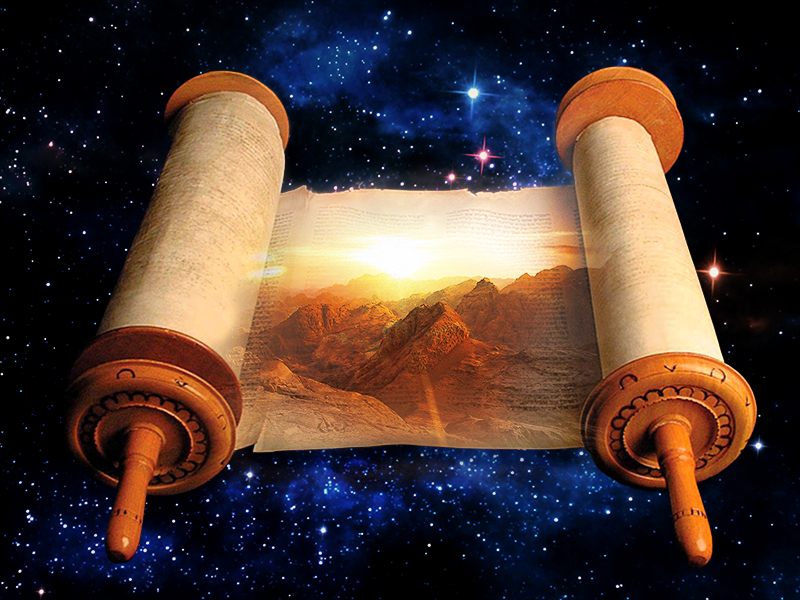 What do we mean when we say that the Torah was given to us by God? Likely enough, most modern Jews mean something very different by it than Jews living in Rashi’s time. And Rashi may well have given it a different meaning than did Rabbi Akiva.

We live in an age where the claims of Biblical Criticism have to be considered, even by observant Jews—an age in which historical claims are likely to be called into question and weighed against the biblical text. I know of at least one young man who left his Hareidi community and threw his Judaism out the window when the naïve faith in which he was educated clashed headlong with modern claims about the origin of the Torah. “I felt that my parents and my teachers had lied to me,” he later told me. “They taught me only one version of the truth, and when it turned out not to be true, I felt betrayed.”

The lost Talmudic art of uncertainty

But is this rift inevitable? Have we lost the ability to live with complexity? If so, this would be a greater departure from our Jewish textual tradition than any mere “heresy” could be.

Think about it: The Babylonian Talmud, from which Jewish life and practice have drawn their structure for over a thousand years is itself structured to highlight the limits of human knowledge. In considering alternative approaches to the truth, the Talmud methodically seeks to avoid privileging one over the other. The Bavli challenges authority because it argues that we have no access to ultimate authority.

This is a statement about the world and our relation to it. It is meant to reflect the unknowability of the world, coupled with the paradoxical power of the human intellect. It demonstrates the belief that, in modern terms, we are stuck on one side of Geodel’s proof. And yet, the issues that it wrestles with are mostly on the other side. The Bavli is God-wrestling par excellence.

What has this to do with the contrasting claims about the origin of the Torah? Plenty! For one thing, if we truly internalize the ability to tolerate “indeterminacy of belief”, to keep a concept in a state of unresolved tension as taught by the Talmudic sages, we need not “collapse the waveform” of statements like “God gave the Torah on Mount Sinai.” Instead, we can turn the statement over and over again, perhaps shake it a time or two and see what falls out.

And what falls out is indeed profound! The statement that “the Torah was given on Sinai” is part of the meta-structure of Judaism, a framing statement. As such, it is in the realm of agaddah—a statement whose truth is vastly deeper than the mere literal sense, a hint of something much deeper than any mere fact can convey.

The emphasis on “factuality” is a very modern trend, and is foreign to the traditional way of interpreting Biblical texts. Aggadic truth lies in the dream state of Am Yisrael. Do we believe in our dreams as depicting factual events? And yet, our dreams are still integral to learning. The same is true of midrash aggadah, an artform that uses allusive imagery to call forth truths that are far more significant than mere factual truths.

“Torah was given on Sinai” doesn’t tell us as much about the Torah as it does about Sinai—about what our sages meant when they used the phrase “from Sinai”. The levels of meaning implied by the phrase are far more profound than mere specificity of time or place. Rather, it whispers to us that the historical processes is itself part of a divine play—one in which we have been privileged to be granted front-row seats, and even bit parts!

“But what if the Bible Critics are right?” I hear you say. “What then?”

To which I answer, in the time-honored Jewish manner, with another question: Does seeing an ultrasound of a growing fetus make you value the baby less after her birth? Does it not increase the wonder to see the incredible process of becoming human take place before your eyes?

The same may be said of the Torah. The Bible Critics may have merely given us a glimpse (and only a glimpse) of how this miraculous document came to be.  Like an ultrasound, the picture is blurry, but it still gives us an idea that something is happening over which we have no control. The fact that humans designed the ultrasound device, and even conceived the baby, doesn’t make them the baby’s creators.

We can try to peer back into history to see the stages of the Torah’s development without in any way detracting from its divine origin. The idea that the incredibly meaningful work that we have today may have been the end result of centuries of development only heightens the wonder. Certainly it doesn’t lessen it. If anything, it makes it seem even more miraculous, that out of all the possible things that might have gone in, just the right bits did make it into the mix, in just the right proportions to create the multi-layered text that we have today.

Think of tossing a huge number of index cards into the air, each bearing one letter, and finding that they had fallen to the floor to spell out a Shakespeare Sonnet. No, the analogy isn’t perfect, since human talent also goes into the mix. But human talent existing at all, never mind being exactly in the right place at the right time to have a hand in bringing it all together—that to me looks a lot like God’s signature.

Does a man-made Torah undermine faith?

Biblical Criticism may well be correct in most of its claims regarding the historical editing of the text. But so what!? The relevance of the text has nothing to do with how it came to be written, but what we’ve built on it and how it has molded us as a people.

We can get tied up in wrestling with the straw-man of historicity, as if understanding how the text was created is going to overturn our entire worldview. Does the knowledge that solid matter is mostly empty space alter how we hold a fork? Most of our daily lives are built on deeper foundations than mere intellectual knowledge. Our Judaism is a matter than goes far deeper than the cerebellum, and is unlikely to be overturned by bible criticism—even if the critics are proved right!

In fact, the input of the bible critics is already being assimilated into the observant Jewish world—and enriching our scholarship along the way. The notion that revelation may never have been completed, and that we are still receiving the Torah is gradually percolating up from national unconscious to consciousness.

It’s important to note that while we can question just about everything about our mesorah, what we never question is its sanctity. And that sanctity doesn’t depend on it’s being born in a particular way or its being forever unchanging. Do we love a person less because he or she changes over time? Do we love our children less because we had some part in making them who they are? If we can accept hashgachah pratit in the life of an individual, why not in the life of a people?

What about Halakhic consequences?

So biblical criticism need not undermine Jewish belief. But we like to say that Judaism is not about creeds but about deeds. If the Torah did come about through a historical process, what are the consequences for halakhah?

None whatsoever! The written Torah, however it came to be, is only the tip of the halalkhic iceberg. The vast majority of halakhah was created by our sages over the course of centuries, and it is this extended Oral Torah by which we live our lives today. We are Talmud Jews, rather than “Torah Jews”. The message that “it is not in heaven” permeates all of our oral law.

There’s no doubt that the vast majority of halakhot are rooted in the Talmud, including almost every single facet of Shabbat observance, something acknowledged by the sages at the time, who called it “a mountain” of halakhah “suspended by a hair” of tenuous connection to a handful of p’sukim.

But while we derive so much of our current practice from the Talmud, we seem to have missed the meta-text that is really its most crucial teaching. The very fact of recording all possible opinions on a given issue teaches the same lesson: that Truth belongs to God, and we meanwhile do the best we can in a world of uncertainty.  Somewhere along the line, we’ve lost the humility that says: “We don’t have all the answers.” We obsess over tzniut in dress, but completely miss out on tzniut in thought.

To say that Matan Torah has to have been as we envision it, otherwise we won’t follow halakhah, is akin to an attempt to limit God’s abilities, to fit the whole unimaginable wonder of God’s will into our own imagination. It seems to me that God’s answer to Moshe is the perfect rebuttal to all such attempts: “I will be what I will be”, not what you imagine Me to be!

The bottom line is that Judaism is robust enough to survive new revelations about the Torah’s origins—and about the origin of the Jewish people as a whole. In fact, if history is any indication, these challenges are likely to lead to greater creativity in scholarship and halakhic rulings.