You are here: Home / Writing & Publishing / Just out! Cardozo on the Parashah

I’m excited to share a marvelous project that I’ve been involved in for the past nine months (er, no, not that kind of project). That’s how long it’s taken me to assemble a marvelous collection of essays by Rabbi Nathan Lopes Cardozo, edit them, and put them into book form. Introducing Cardozo on the Parashah! 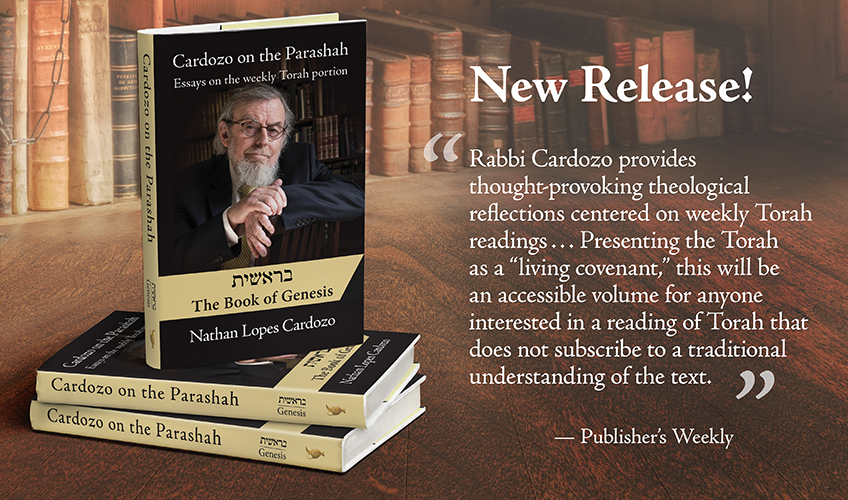 This new compilation of essays looks at the Sefer Bereshit (Genesis) through the lens of philosophy, psychology, and Jewish education. Those who know Rabbi Cardozo will already be aware of his engaging way of wrestling with Jewish tradition and spirituality. Those who haven’t ever read him…you’re in for a treat! The book is already in print in the U.S., and is set for an Israeli print run starting next week. Oh, and you can also get it in Kindle version.

Coming up next: Cardozo on Shemot (Exodus). And after that, BaMidbar, Vayikra, and Devarim!

And you wonder why I never get any of my own books written? But hey, working on other people’s books is so much more fun!

If anyone out there in the Jewish blogosphere would like to review the book, be in touch and I’ll get an electronic review copy on its way to you!