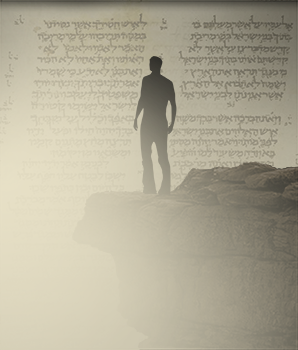 After every terror attack here in Israel, I wait in trepidation for someone to start calling for revenge. I suppose it’s inevitable: fear and grief do not bring out the best in us. And after all, do we not say “Hashem yikom damam”? Is this not an endorsement of revenge?

No, it is not! Rather, it is an affirmation of belief in ultimate justice when it is needed most.

No Justice and no Judge?

Healing from trauma is dependent upon the belief in justice. The unfairness and injustice of what we’ve gone through is part of what traumatises us. It’s long been known that the trauma from a natural disaster is considerably less than that from a human-caused disaster, even if the actual loss is of the same magnitude.

It is the injustice of it that hurts. It undermines our sense of belonging, our ability to relate to the world and to trust others. Even to trust ourselves.

When hearing of a death, we say “Baruch Dayan Emet” (Blessed is the true judge). In the face of the ultimate loss, all we can do is to accept what has happened, and affirm that what happens is part of God’s plan. The affirmation implies acceptance on the deepest level.

But what can we say when facing the reality of atrocity? Are we expected to praise God when our loved ones are brutally murdered before us? It would be asking us to be either superhuman or completely inhuman to see it all as a part of God’s plan in those moments of grief and pain. When faced with a wrong so great that it defies our ability to bless “the true Judge”, we recognize our human limitations; we don’t try to say what we can’t feel. Instead, we say, Hashem yikom damam (God will avenge their blood).

And so, we express our pain by an affirmation that justice exists, even if we can’t see it. Perhaps we don’t really believe it, even as we say the words. But in saying it, we give ourselves the permission to believe it.

Outrage as an expression of humanity

We need words to express our outrage and our intuitive cry for justice. We need a way to give vent to the anger, the sheer inability to come to terms. We need to acknowledge that nothing we do can redress the wrong done to us. And yet, the belief in ultimate justice is there, underneath the pain; even if we can’t affirm it, we can still hope for it. And that is enough. It keeps us connected to our roots.  We express our need for justice, for revenge against those who have wronged us. We allow the outrage in us to cry out for redress…and then we let it go. We appoint God as our avenger and we let go of the need.

But in letting go, are we not abrogating our responsibility to act for justice?

Not at all. To acknowledge that God will do His part in redressing the balance does not absolve us of doing our part.  We must still see to it that justice is done as far as we are able, but with the full understanding that our ability to see justice done is limited to the case before us. Cosmic justice is left to God.

And so, our traditions allow us—in fact, encourage us—to be ourselves, to be fully human. We aren’t required to be more than human, but we aren’t allowed to be less either.