You are here: Home / Hashkafah & Jewish Thought / The Language Barrier: How learning Hebrew could save Diaspora Jewry

This article was also published in the Jewish World section of Haaretz. 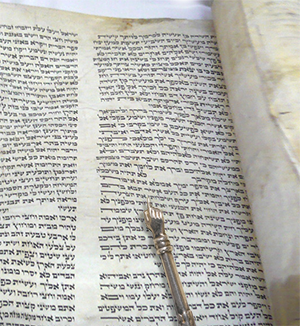 In a much-circulated article for Tablet, Liel Leibovitz notes that even while mercilessly lambasting Jewish tradition, secular Jews never stray far from the sources of Judaism. In their attempts to outgrow their Jewish roots, they use the very language and idioms of that tradition, thus demonstrating the utter futility of their efforts.

While this would seem to be a tribute to the robustness of the Jewish heritage, which clings to life long after its true spirit has flown, it is also the last gasp of a once-living culture.

Yaakov Hazan, the ideologue of Israel’s Mapam party once lamented that while the secular Zionist movement had aspired to raise a generation of apikorsim (heretics), it had instead produced a generation of amei ha’aretz (ignoramuses).

Hazan would no doubt have been surprised to see the transformation of Jewish culture under way in Israel today. We are witnessing a veritable renaissance in Jewish learning, not only among the country’s vibrant national religious communities, but among the secular population as well. Secular yeshivas are all the rage; beit Midrash programs and study groups meet at cafes and youth clubs; a plethora of radio and television programs devoted to Jewish themes fills the airwaves; virtually all mainstream newspapers feature columns devoted to the weekly Torah portion; contemporary singers perform new renditions of ancient liturgical texts; and the list goes on.

A model for the Diaspora?

Can this model work in the Diaspora as well? Is it possible for young Jews to remain committed to Jewish culture and tradition without being observant? Or, as Leibovitz so poignantly asks, “Instead of clowning with or clawing at Judaism…why not really grapple with it? Pick up a Bible and read a few chapters…. And if you go even further and read a page of Talmud, you’ll find that much of it is the account of arguments, of points and counter-points, of divergent answers to the same questions, the ones that truly matter.”

This coming together in learning shouldn’t be too hard to pull off. Our denominations, for the most part, are already dead or dying, in part because the distinctions that they offer no longer hold up, if they ever did in the first place. And even our most young and prodigious and rebellious are telling us that they care enough about our traditions to mock them in hilarious two-part season finales. Let’s do something, anything, with this energy, and live up to the most profound of history’s directives to the Jews: Argue better.

After all, religion is only part of what it means to be Jewish. Being Jewish means membership in a nation with its own culture, religion, and language. And herein lies the rub. For of all the things that mold the character of a nation, the most important of all is language. It is language that provides the link with the nation’s past, thereby allowing for continuity of national culture, norms and worldviews.

Literature as the life-blood of a culture

We can’t raise children in an atmosphere that restricts Judaism to the synagogue and expect them to feel any great commitment, or privilege, to being Jewish. An individual with a choice of cultures will be most influenced by the one that provides her with the depth required to satisfy her need for meaning. But it is language that provides access to that depth, and allows true immersion in a culture. It is language that determines how—and about what—one thinks. Not for nothing is the preservation of the Hebrew language singled out as one of the key factors of Jewish survival down the ages.

For secular Jews in the Diaspora, Judaism has largely become a matter of knowing about the Jewish holidays, eating hummus, and joking in Yiddish. In other words, these Jews are for the most part consumers of Jewish culture, rather than producers. Their contributions to society have been considerable, but for the most part, these contributions have been to their host cultures, rather than to Judaism.

In order for a Jew outside of Israel to remain within the stream of Jewish history, he must have ready access to 3,000 years of Jewish culture, literature, and political thought. If he does not, then we can pretty much count on his choosing the “incumbent” Western culture, rather than a Jewish culture of which he is mostly—or entirely—ignorant. No single factor is more important to the survival of a distinctly Jewish culture among secular Jews than fluency in the Hebrew language.

Unfortunately, for many Jews living outside of Israel, learning Hebrew seems an insurmountable barrier. It doesn’t need to be this way. A greater focus on teaching Jewish children Hebrew at a young age would not only be good training in mental flexibility, but would also allow them to immerse themselves in 3,000 years of Jewish thought, and to contribute something to the mix.

Obviously, Jewish observance provides its own guarantees of continuity, not least because family and children are strongly selected for in observant communities. However, should one desire to raise a generation of heretics, and not just ignoramuses, a good grounding in the Hebrew language may be the sole way forward.