You are here: Home / The Jewish Year / Lag b’Omer: A lesson in transformation 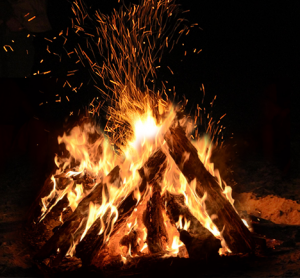 Is Lag b’Omer just a Jewish adaptation of a pagan holiday, or is there a deeper meaning?

Lag b’Omer is an interesting example of an essentially civic holiday that was later given religious significance. As such, it can be a model for how we transform and give meaning to our calendar, and how it transforms us in return.

Taken as a purely civic holiday, Lag b’Omer teaches us about the human frailty of our leaders—Rabbi Akiva, arguably the Gadol HaDor, backed the wrong horse at the wrong time, and the result was disastrous. There is an important lesson here: great Torah wisdom doesn’t equate to political or military savvy.

In addition to R’ Akiva’s supporters who were lost in the Bar Kochba revolt, the whole country was laid waste in the Roman backlash. The eventual result was a third of the nation murdered or enslaved—the same percentage of total population as in the Shoah. Rather ironic—or perhaps oddly fitting—that our current Yom HaShoah falls within the period of mourning for the event that laid the foundation for exile, with all its ramifications.

A plague on both your houses

The Talmud (Yevamot 62b) gives a terse and rather cryptic summation of these events and the period of the Sefira: Rebbi Akiva had 12,000 pairs of students and during the period between Pesah and Shavuot, they were afflicted by a mysterious plague. R’ Shrira Gaon interprets it a bit differently: the “plague” was a “sh’mada”, a massacre. The hint that human action was at the root of this mysterious ailment appears in the Talmud’s explanation that the students suffered because they were not respectful of one another.

Could the mysterious plague have been an epidemic of infighting of the type that so often erupts around controversial causes? Were R’ Akiva’s students divided over whether and how to support Bar Kochba? If so, then it’s sad—though not exactly surprising—that the disharmony ended in disrespect of one another. Just take a look at the talkbacks on any political argument online. But I digress….

Such was the meager textual basis later used to explain the historical basis for Lag b’Omer.

But why are we not told in detail what it was all about? Why all this beating around the bush?

We can learn something of what is at work here from another case of a holiday whose origin is couched in allusive, somewhat mystical language—Hanukka. There too, our Sages went to great lengths to obscure the underlying political/military basis of the holiday. In fact, they excluded from the Canon all chronicles of the Hashomaic victory and the ensuing civil war.

Pressed to explain what Hanukka was all about, the Sages said nothing about the political turmoil, but instead brought forward a beautiful midrash that sums up the true miracle of that time: For all that we were dragged into a brutal war of brother against brother, the settling of scores and the erosion of government, for all that we had so forgotten our own Oral Law that much of it had to be recreated later by Hachamim whose very names were no longer Jewish—still, our light did not go out. We came through one of the darkest periods of Jewish history with our inner fires still burning, ready to rebuild.

And so it is with Lag b’Omer, which, according to most experts, dates back no farther than medieval times. In fact, there is some speculation that even the holiday’s link to R’ Shimon bar Yochai could be the result of a typo!

A model of transformation

Lag b’Omer’s rising popularity, and increasing religious attribution, is a good example of how holidays evolve in our national consciousness. We seek meaning, and if meaning is lacking, we draw on our collective memory of transformation to supply it.

But there is another lesson also.  R’ Akiva was eventually proven right: we really do have to take a hand in our own salvation and not just sit around waiting for a miracle to happen. And in fact, it’s R’ Akiva’s Seder that eventually entered into our Haggadot, rather than the more politically correct seders of his colleagues.  It wasn’t his fault that the timing wasn’t right. The fact that we’re here now would seem to bear him out.

So while Yom HaShoah falls within the 33 days of mourning leading up to Lag b’Omer, so does Yom HaAtzmaut–both exile and redemption are part of the pattern that R’ Akiva accurately foresaw. As he himself put it: “Now that the prophecy of destruction has been fulfilled, we can rest assured that the prophecy of Return will also be fulfilled.”

It’s true that by imbuing Lag b’Omer with religious significance—with its own aggadot and midrashim—we risk obscuring the nafka mina, the take-away lessons. But then, the same is true of Hannuka. In glossing over the political and military context, we risk losing sight of cause and effect. And yet, the deeper lesson penetrates our national psyche on the less conscious level—war among ourselves is no cause for celebration. Disrespect for those who share our goals but differ on how to accomplish them is a plague, and only the healing of that strife is cause for rejoicing.

And this seems to be the way we learn, using our calendar to mark the milestones; each holiday marks another lesson learned. We couch the deepest lessons of all in midrashim and imbue even our civic holidays with religious meaning.

There’s a lesson in that too.