You are here: Home / The Jewish Year / Making order of the Passover Seder 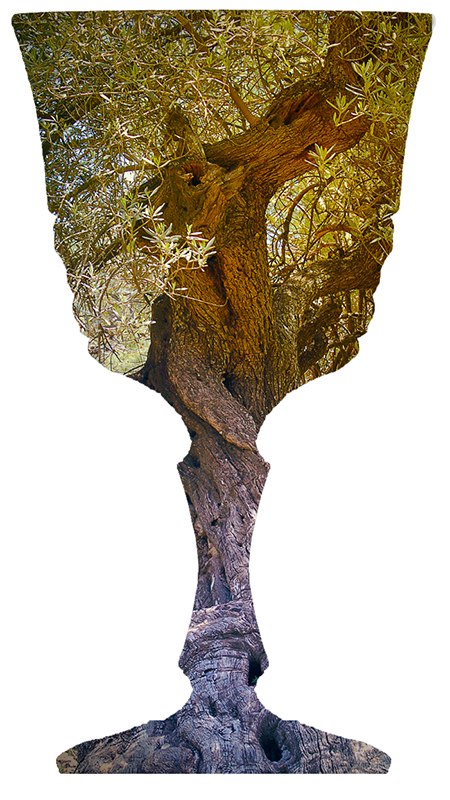 What do Jews do to mark the occasion of a near miss — healing from an illness, returning from a dangerous trip, or narrowly escaping an accident — or just to give thanks for some important milestone? In ancient times, when the Temple in Jerusalem still stood, we would have offered a special thanks-giving sacrifice on such an occasion and invited our family and friends to help us eat it.

These days, the dining table has taken the place of the altar: instead of bringing a sacrifice, we host a Seudat Hodayah, a special meal for friends, family, and neighbors.[1] We tell about our brush with ill fortune and give thanks for our delivery.  And, of course, we eat! Some people even serve food with some symbolic connection to whatever event they came safely through. And because it’s a Jewish meal, we learn a bit of Torah and sing (not recite, sing!) some choice bits of Tehillim.

Look familiar? Turns out that the Passover Seder is modeled after the classic Seudat Hodayah: symbolic foods, a bit of Torah to learn, a retelling of the story… and lots of song. Which brings us to a very special Haggadah that I’ve been privileged to be involved with: the Eretz Yisrael Haggadah. This new Haggadah, by Rabbi David Mescheloff, divides the Seder into its component parts, explains how all the parts fit together, and gives just enough commentary to show the deeper structure. But even more important, it adds to the Seder a crucial bit of text that had been left out of the Haggadah for over 2,000 years!

But I’m getting ahead of myself….

The origins of the Seder

The closing chapter of Mishnah Pesachim outlines the bare bones of the Seder as we know it today[2]:

They pour the Second cup. It is now that the son asks, “Why is this night different…” And the father teaches the son according to the son’s intelligence and aptitude. He begins with the negative and ends with the positive and engages in a Drash of Arami Oved Avi until the end of the Parsha.

Thus, the centerpiece of the Passover Meal, as of any Seudat Hodaya, is the bit of Torah that we learn together, analyze, and discuss. The Mishnah specifies the text to be used for the Seder, “Parashat Arami Oved Avi”—“My father was a wandering Aramean” (Devarim 26:4-8).  This passage is taken from the ceremony in which an Israelite farmer would present the first fruits of the harvest to the Temple. This presentation was accompanied by a formal verbal declaration: “I declare this day before the Lord God that I have come to the land that the Lord swore to our fathers to assign to us.” This is followed by a recap of the history of the nation, told in the first person:

A wandering Aramean was my father; he went down into Egypt and sojourned there, few in number; and there he became a nation, great, mighty, and populous.  The Egyptians dealt ill with us, and afflicted us, and laid upon us hard bondage.  Then we cried out to HaShem, the God of our fathers, and HaShem heard our voice, and saw our affliction, and our toil, and our oppression. HaShem brought us out of Egypt with a mighty hand, and with an outstretched arm, and with great terribleness, and with signs, and with wonders.  He brought us to this place, and gave us this land, a land flowing with milk and honey.  And now, behold, I have brought the first of the fruit of the land, which You, O HaShem, have given me. (Devarim 5-10)

Why was this particular text chosen for the Passover Seder? The simplest explanation is that it tells the story of Am Yisrael from its humble beginnings as an obscure desert tribe, through the enslavement in Egypt, and on to the triumphant return to the Land of Israel, a “Land flowing with milk and honey.” It is a story of homelessness and wandering, leading to the inevitable fate of a disenfranchised people—dehumanization and enslavement in a foreign land. And yet, due to the miraculous intervention of the God of Israel, something completely unheard of happened: the slaves were freed to fulfill their destiny as a people.

The farmer who brings his fruits to the Temple acknowledges that but for this miraculous turn of events, he might have been born a slave in a foreign land, or, as the Haggadah puts it: “both we and our children would still be enslaved to Pharaoh in Egypt.” The declaration of the First Fruits is an antidote to the all-too-common notion that “my own prowess has brought me this wealth”; by recalling the entire history of the nation, and claiming it as our own, we acknowledge—and give thanks for—our good fortune in having been born in freedom.

But there is a deeper reason for choosing this particular bit of Torah to learn at the Seder table: it serves as the introduction to some of the most chilling verses in the Torah: the “blessings and curses” which foretell the future history of the People of Israel, including, according to some readings, the Shoah and the restoration of the State of Israel in our day.  By recounting our history—both the good times and the bad—we remember that our past has borne the fruit of the present. Thus, Parashat Arami oved Avi is a lesson in learning from our history.

The only problem is that, for over two thousand years, we have not fulfilled the mitzvah of the Seder as laid out by the Mishnah; we have not engaged in a Drash of Arami oved Avi “until the end of the Parshah.”  The triumphant conclusion of the speech—“And He brought us to this place, and gave us this land, flowing with milk and honey”—was left out of the Haggadah. Perhaps it was too painful to say “He brought us to this place” in the darkness of exile. Or perhaps the authors of the Haggadah did not want to encourage people to think that the land of exile in which they found themselves was “the promised land.”  In fact, the Haggadah is focused on survival in exile and the fight against assimilation, rather than the entry into the Promised Land:

Come and see what Lavan the Arami sought to do to our father Yaakov. Pharaoh had issued a decree against the male children only, but Laban wanted to uproot everything—as it is said: “The Aramean wished to destroy my father; and he went down to Egypt and sojourned there, few in number; and he became there a nation—great and mighty and numerous.”

This accusation against Lavan, playing on the phrase “Arami oved Avi,” (a grammatically difficult reading, to say the least!) is leveled on the basis of Lavan’s attempts to prevent Yaakov from leaving Aram and returning to Canaan. Had he succeeded, the Jewish people would have been stillborn, its distinction swallowed up in assimilation into the household of Lavan.

The derashot chosen for the various verses of the parashah support this emphasis on combating assimilation in exile. To focus on the entry into Eretz Yisrael when Jewish communities were doing their utmost simply to preserve their identity in exile would not have been appropriate.[3]

But leaving out the last verse, “And He brought us to this place…,” alters the whole tone of the Seder. The omission leaves us beginning the Hallel right after the story of the plagues in Egypt. This makes it look as if our praise and gratitude is for the plagues, rather than for the end of our wandering and the granting of a homeland.  When the last piece of Arami oved Avi is put back in its place, suddenly the tone of the Seder changes; it becomes clear that the songs of praise are for our own good fortune, rather than for another’s misfortune. The addition of this single verse allows us to define ourselves by what is expected of us, rather than by what we have endured, still less by what happened to others for our sakes.

Since the establishment of the State of Israel, several Haggadot have attempted to reinstate the last verse of Arami Oved Avi. However, these have mostly been of interest to scholars, and have not been widely used. This brings us to the Eretz Yisrael Haggadah, which I hope to be illustrating for publication next year. This Hagaddah, edited and organized by Rabbi David Mescheloff, is beautifully organized to bring out the structure and logic of the Seder. But most importantly, the version designed for families in Israel adds back in the drashot on the last verse of Arami oved Avi, which have been left out.

While the Eretz Yisrael Haggadah is now available only for beta readers, you can download the Supplement to the Haggadah formatted for printing at: http://homedir.jct.ac.il/~meschelo/haggada/haggada.html

Throughout most of Jewish history since rabbinic times, the vast majority of Jews have lived in foreign lands, barely a step from slavery or annihilation. The focus of the Haggadah reflected that reality. It is only in our day that we can retake the narrative and change its emphasis to living free in our own land. Perhaps this is the ultimate irony: Parashat Bikurrim is the introduction to the larger story of the blessings and curses of Jewish history, but only now are we able to reclaim it as part of the story of our liberation, restoring it to its original place in the cycle of life on the land to which God has ultimately brought us—a land flowing with milk and honey.

[1] For a sample framework for a Seudat Hodayah, see: http://www.kasvapress.com/books/seudat-hodayah-selections-hosting-thanksgiving-meal/

[2] See http://www.sefaria.org/Mishnah_Pesachim.10?lang=bi for the context of the Mishnah.

[3] This tension between Galut & Eretz Yisrael can be seen in the development of many Jewish holidays. Take for example, the issue of the canonization of the Book of Esther: if Esther is allowed into the Tanakh, are we not “memorializing” and “normalizing” the exile? Are we not saying that our condition of exile is permanent? On the other hand, we can’t ignore the reality of our situation in any given age, and for most of our history, exile has been the normative condition.