You are here: Home / Parashat HaShavua / Nitzavim: I place before you life & death 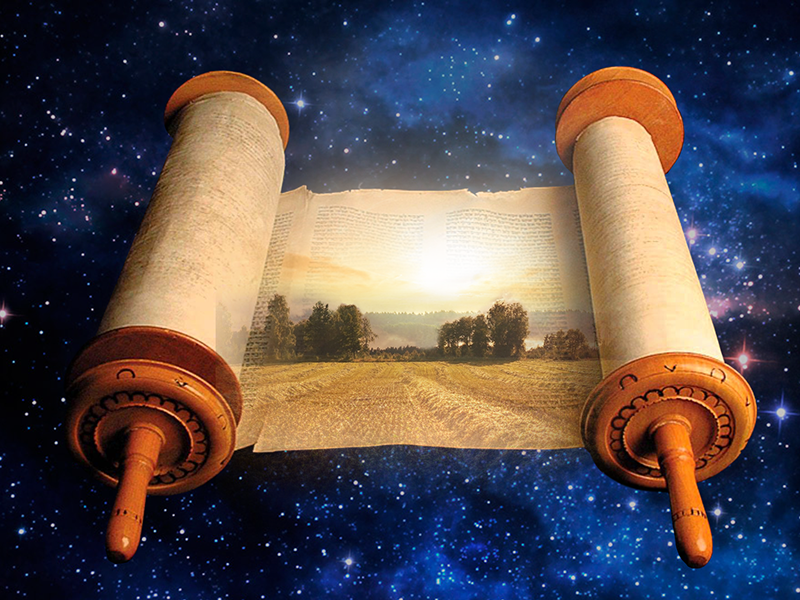 So begins one of the most beautiful and allusive passages in the entire Torah.

Here, Moshe is speaking to the people as a whole, as a free people. This generation is not the same as the one that left Egypt, haunted by the memory of slavery. The generation standing before Moshe now, ready to enter into a new Covenant with the God of Israel, consists of people born in freedom, honed into a unity by the hardships of the desert. It is to this emerging nation that Moshe offers the choice between life and death.

As we saw in a previous parasha, this is a choice made for the long-term future of the Jewish people as a whole: follow this law, pass it to your children in such a way that they too will follow it.  Do all of this, and you will continue to be a people into the unforeseen future. Fail to follow this law, or fail to pass it on to the next generation, and the Jewish people ends with you.

The blessing and the curse

Parashat Nitzavim, with its transcendent voice of redemption, does not stand alone; it must be read as the culmination of the last parashah, with its horrific premonition of exile.

Yes, we are going to be successful, yes, we are going to become rich and powerful. And then, at the height of our success, when we have forgotten the source of our strength, when we come to believe it’s all the work of our own hands…that is the moment when we will be defeated and scattered.

The promise of Parashat Nitzavim is that, contrary to the norm in such cases, we will survive our defeat. The prophecy of doom is accompanied by a promise of renewal and return.

And so it has, indeed, come about. A self-fulfilling prophecy? Or perhaps it’s just that, seeing our history laid out, black fire on white fire, we grew into it as we lived it. We had no other blueprint to follow.

As individuals and communities, we’ve survived by preserving the essence of nationhood amid the absence of its outer accouterments.  And so we were able to begin again. Alone of all nations, death was not the end for the Jewish nation. T’hiat HaMetim—revival of the dead—was part of the initial design spec. It was built into us from the moment that our national death was declared inevitable.

As a nation, we aren’t so much built to survive as to revive!

That, I think is the meaning of the choice between life and death. It isn’t so much reward and punishment, as the natural consequences of our living Jewishly. The same choice is offered to all of us in every generation: “Not only with you am I making this covenant and this oath, but with those standing here with us today before the Eternal our God, and with those who are not here with us, this day.” Every generation is the Jewish people. And every generation must decide whether to ratify the Covenant by passing it on to the next generation.

Of this eternal aspect of the covenantal community, Rav Josef B. Soloveitchik writes:

Masorah is a uniting factor, an idea whose realization spells union of minds, the rhythm of heartbeats; in a word, the masorah expresses itself in a community existence. However, this community is not limited by the boundaries of the present, but rather stretches both to the past and into the future as well. It is a unique sort of fellowship that embraces not only the living, but also those who had already passed on and those who have not yet been born.1

For nearly two-thousand years, we have shaped the moral conscience of the nations to which we have been scattered. Even in the centuries of exile we’ve exerted an influence on the “mind of mankind” out of all proportion to our numbers. And the nations, in turn have acted out their nightmares upon us. The dire prophecies of the last parasha have become the stuff of history books.

Now, as we enter the future foretold in Parashat Nitzavim, we are no longer merely a subconscious thought in the mind of the nations. Now we have become a willed, articulated movement into action. Where before, we interacted with nation-states as individuals—or at most isolated communities—now we interact with them as a nation living in its own land.

The call of Nitzavim is the voice of our age. Many “hear it” below the level of consciousness, and act on it. Others hear it through circumstances that force them to come to Israel. It speaks to different people in different voices. Some shut it out. Some are angered by the imposition, or put off by the implications of responsibility. And yet, that voice has called forth our deepest longings into actuality.

We were like dreamers, and though we plowed in sorrow and seeded bitter thorns, we are gathering in a harvest beyond our wildest dreams.