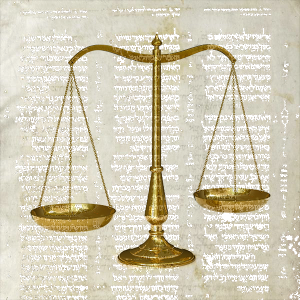 This week’s Torah reading, parashat Mattot-Masai, rounds off Sefer BaMidbar (Numbers). Among the narratives of battles, conquests, and politics, we can also discern a subtle shift in divine-human relations: only in the last few parshiot do human beings begin bringing questions and requests to change the law.
In last week’s parashah, we had the case of the Daughters of Tzelophahad, who asked for a change in the laws of inheritance, and got it! This week, we have a similar dilemma, in which the leaders of the tribe of Menashe ask for a temporary limitation on inter-tribal marriages, as an adjustment to the previous ruling.
Both of these are attempts to find a solution to particular problems. This is “issue-driven” organizational dynamics at its best. Essentially new laws (interventions) come about in response to specific, concrete needs on a case-by-case basis.
It also is not a matter of setting an agenda and then molding the law to suit it—which may have its attractions, but paves the way for all sorts of unintended consequences. In being reactive on a case-by-case basis, there is an admission that we don’t have the full picture, and perhaps can’t have the full picture, due to the complexity of life. So we do what we can to deal with what’s in front of us.
This case-by-case mitigation of the side-effects of human nature is called in the Mishna “tikkun olam.” Feeding the hungry person at your doorstep, rather than attempting to resolve world hunger. This sort of intervention is reactive, rather than proactive. Small scale intervention is still “saving the world”.
Only at this point, having survived the journey in the desert, were b’nei Yisrael mature enough to begin asking this sort of question. These are not the generation of slaves that left Egypt: these are the children of that generation, born and raised in freedom. Rather than complain about the way things are, they seek to do something about it!
However, the Divine element also comes into it: the land is to be apportioned by lot. Clearly Yehoshua, who had led the tribes into the Land and held unquestioned authority, could have simply apportioned the Land according to tribal strength, demographics, influence, or any number of other criteria. But he didn’t. Instead, the apportioning was left to chance; basically, he flipped a coin. There is a lesson in humility here. There are things that are beyond our ability to decide, simply because we can never know what the best outcome will be, and what factors will bring about that outcome. And in fact, this lesson also comes to us from two other sources: Chaos Theory and Mathematics. Chaos Theory teaches us that some systems are simply too complex for any predictions to be made. We can estimate probabilities and we can observe general trends, but we can’t say with absolute certainty what the outcome of any particular input to the system will be.
The real trick is knowing when to take the initiative and try to mitigate or change a law, and when to leave things up to divine choice.