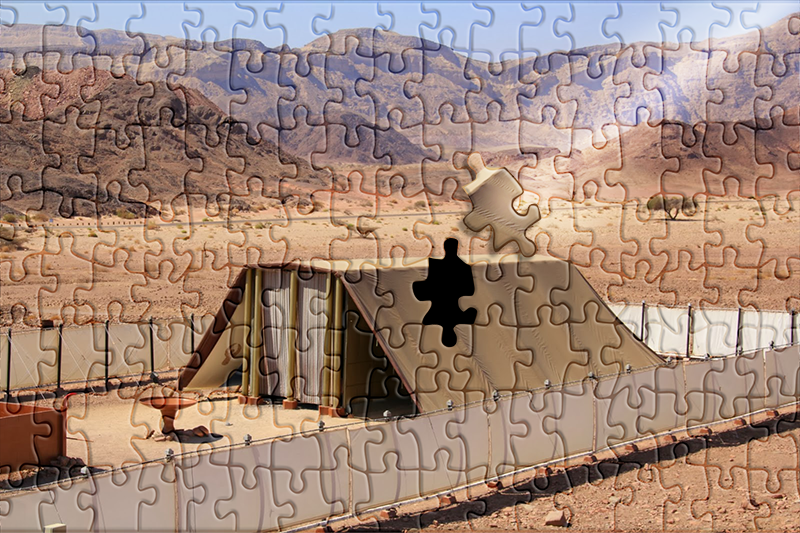 With this, the book of Exodus closes. The Mishkan, the portable “palace” of the divine King is completed and God’s visible “presence” takes up residence in it in the form of a mysterious cloud. Noteworthy here is the phrase: “Beit Yisrael”, the House of Israel. In fact, this is only the second place in the entire Torah where the expression occurs. The first was in regard to the manna:

But why do these two phrases appear only in these two (very different) parshiot? What is the common denominator in these two cases? Or is this merely a coincidental quirk of style. I believe that not only is there something in common between these two appearances, but that the commonality has much to teach us.

The test of letting go

In the case of manna, the people were asked to put their trust in something completely unknown to them, a thing so new to them that they had no name for it, could only call it (perhaps tongue-in-cheek) “what’s this”. The language of the entire episode is that of testing: Will a band of former slaves be able to cast off the lessons of scarcity and trust God to provide:

The Eternal said to Moshe, “Here, I’m raining bread from the skies for you, and let the people go out and gather the daily ration in its day in order that I can test them: will they go by my instruction or not.

They were told to collect the nameless substance each morning, and miraculously, however much they collected was exactly enough to feed their families. The hard part was that they were also told not to hoard it—a sore trial for people used to the scarcity of slavery. At first they attempted to leave enough for the next day, only to find the leftovers filled with worms on the morning. Moshe was frustrated at his people, but then he had never been a slave.

But a harder test was yet to come. Moshe explained to the people that on the sixth day, they would be given a double portion because “tomorrow is a ceasing, a holy Shabbat to the Eternal”. Here too, some failed the test and went out to collect on Shabbat, only to find that there was none. For some, the slave mentality was too hard to shake off. Only free people have the luxury of a day off.

Thus, the entire episode of the manna was not only a test but a lesson in freedom. The people were asked to act in unity, to see themselves as a “house”: members of a free and independent political unit. They failed the test, but learned some lessons along the way. Gradually, they began to cast off the lessons beaten into them by generations of slavery. Now they stand on the brink of a new and greater test.

The work of completion

To see what form this test took, and how it connects the parashah of the manna with our parashah, we must delve a bit deeper. What is parashat Pekudei all about? Usually, we find a hint in leading words or phrases repeated throughout the parashah.  Here, a clear candidate fairly leaps of the page: “as God commanded Moshe”. This phrase occurs no less than 19 times in our parashah, each occurrence following the completion of each unit of the Mishkan, its vessels, and the uniforms of its priests.

Significantly, this phrase is absent in last week’s parashah, which describes the actual making of these items. Why then, does it appear here as a “leading phrase”?

Rav Elhanan Samet provides an intriguing answer: While some of the items are described as having been built in last week’s parashah, only now are they put to the use for which they were intended. The table for the show-bread is put in its place and the bread place on it; the menorah is set up and lit for the first time, the incense altar is assembled and incense burned on it…. As Rav Samet puts it: “until all the parts are joined to one another and are set up properly, their work ‘as God commanded Moshe’ is not yet complete.”

Parashat Pekiudei is all about taking stock, as its opening phrase makes clear: “These are the accounts of the Mishkan, the Mishkan of the Testimony, as they were counted by Moses’ command…” We learn how much of each material went into the construction, and how each item was finished and put into its place.

But we also learn something else, something that is not spelled out for us as clearly. Hidden in the white space between the letters is the fact that Israel too, has reached a new stage: Indeed, they performed all the work “as God commanded Moshe”. But what exactly was this command that they obeyed? Clearly, the instructions for the construction of the Mishkan is the obvious candidate. And yet, the opening of last week’s parashah showed that the people were being set up for another test, one similar to the one they faced with the manna: “These are the things that the Eternal commanded to do them (or, to make them). Six days work may be done, but on the seventh day you shall have sanctity, a day of complete rest to the Eternal.”

As in the test of the manna, the people were asked to cast off the lessons learned through generations of slavery. There, the test was whether they could trust God to provide their needs. They learned that as free people, they could afford to cease striving for sustenance for one day.

This might appear to be an easier test to pass; after all, isn’t it harder to trust when basic needs are at stake? And yet here, the more difficult issue is that the cessation must be on the communal level. In the case of the manna, it was individuals who failed the test, not the people as a whole. But in the case of the Mishkan, if one person continues the work on the Mishkan on Shabbat, the whole venture fails. Similarly, if a number of people elect to continue working, one can imagine the kind of peer pressure that would put on the others. In fact, we saw just such a phenomenon at work two parshiot ago, when herd mentality took over, leading to orgiastic revelry around the golden calf.

And yet, our parashah is insistent: the Israelites not only worked together, but they also stopped working, all of them together. They did all the work “as God commanded Moshe”, and that means that they managed, as a people, to restrain their urge to keep working on Shabbat. In contrast to the case of the manna, the people of Israel acted as one. In fact, they acted as a single family, a single house—the House of Israel.