You are here: Home / Parashat HaShavua / Parashat Tetzave: Power and its limitations 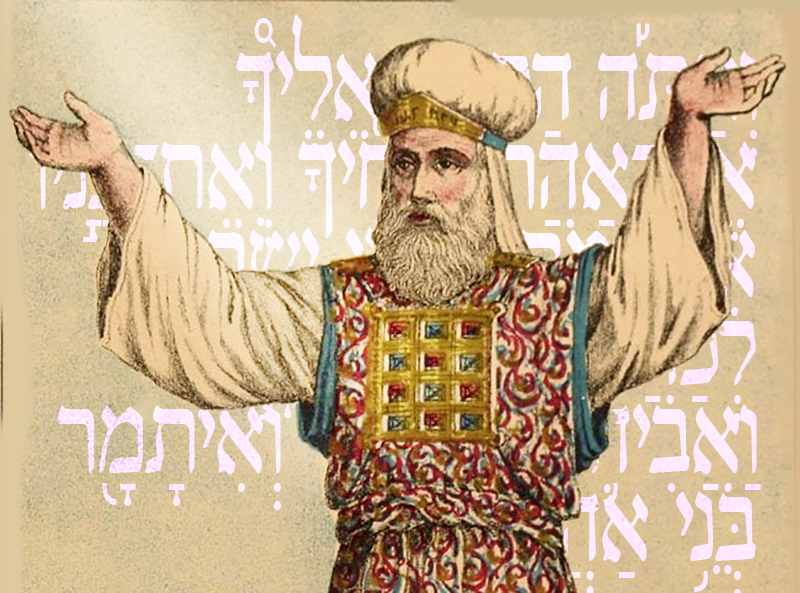 But the real surprise is the identity of the priests! In fact, our parasha heralds a political revolution in Israel, though this can be easy to miss among the details. We’re so used to thinking of Aharon and his sons as the “normal” kohanim of Israel that we come to take this from granted. But the tribe of Levi was not always set apart for Divine service, nor were the kohanim originally from that tribe.

Up until now, there has been mention of priests within the crowd gathered around Mount Sinai:

Who are these kohanim who are so warned? Presumably they were the firstborn sons of each family. These are the people that we might expect to continue to serve in some capacity in the Mishkan. After all, the firstborn had a ritual status in most of the surrounding cultures. In fact, one of the very first commandments given to the Israelites upon leaving Egypt was the consecration of the firstborn:

Surely we would expect this to mean that the kohanim would be selected from among these consecrated firstborn sons. So it comes as something of a surprise when Moshe is told:

The separation of powers

Up until now, Moshe has been the star of the show. He has functioned as leader, prophet, judge, and priest. In fact, he has headed all branches of the “government in exile”.

Given Moshe’s accomplishments, force of character, and sweeping powers, it is perhaps surprising how little the Torah tells us about him. We are not even given the names of his parents, but only told that “a man of the tribe of Levi took to wife a woman of the tribe of Levi”. The Torah seems to go out of its way to “demythologize” Moshe, lest he become an object of worship. Notably, Moshe is not designated as a king. His sons are not mentioned as future leaders at all.

What the text does on the conceptual level, it does here on the level of deeds, by setting in motion a process of decentralization. Gradually, Moshe is relieved of some of his responsibilities. As a first step, his father-in-law’s suggestion that he delegate lesser judicial cases to others allows a separate court system to come into being.

This process will continue in later books of the Torah, with the establishment of a limited monarchy, in which the king can neither assume the powers of the judiciary nor of the priesthood. Dvarim (Deuteronomy) will drastically limit the powers of the king: He may not amass gold, horses, or foreign wives. Translated into modern terms, he will not be allowed to impose taxes beyond the minimum requirements for the good of the state; or to keep a standing army; and he will have to limit foreign entanglements (royal marriages in those days were a branch of foreign affairs).

Later still, the prophets will serve as a check on the powers of the king from outside of the formal governmental structure. The prophet represents the empty throne of the true King, whose place is only temporarily usurped by the king of flesh and blood.

The flattening of hierarchies

But in our parashah, the “empty” throne is far from empty!  God Himself takes a hand at further separating the powers of Israel. The office of the kohanim is  now differentiated from the executive.

But why depose the firstborn from their traditional role as priests?

One possibility is that the move is an attempt to avoid the very power struggles that so plagued the lives of the patriarchs. In each of the preceding generations, the firstborn was deposed in favor of the younger, leading to the loss of one side of the family. In Yoseph’s childhood, the fight over leadership of the family had lead to prolonged bitterness, and eventually to attempted fratricide.

Rav Yoel bin Nun suggests that this need to avoid competition is indeed the underlying reason:

The appointment of Aharon and his sons to serve as priests in the Mishkan entails choosing a small group of priests from birth, in an effort to reduce the competition, politics, fights over prestige, and the tensions, and intrigues of a ruling elite – at least while standing before God. Having to choose the best from among the firstborn sounds like a wonderful idea, but in the encounter with real life people and their egos, it could be terrible.

In choosing a single tribe to serve in the Mishkan, and a subset of that tribe to act as kohanim, the Torah heads off any political struggles for the priesthood among the different tribes.

As with the powers of the king, the priesthood will later be divested of much of the power held by similar institutions in the surrounding nations. In contrast to the priesthood in Egypt, Israel’s priests will be barred from owning land, lest they gain political and economic power. This has the added benefit of making the priesthood less attractive to power seekers. This may be one of the earliest examples of the separation of church and state.

What’s more, the detailed explication of the priestly functions in VaYikra (Leviticus) will lay out the rules for all to see. This is a level of transparency very rare in the surrounding cultures, where the secrets of the priesthood were closely guarded from the common folk. The kohanim of Israel, despite their vestments of “honor and splendor,” will have neither mystical nor political power over the people.

The trend is clear: it is the individual member of the Jewish people who stands in the role of the king in relation to God. Neither priest nor king may be empowered to enslave the people. And this being true, the individual must assume full responsibility for his or her actions: “For Bnei Yisrael are My servants’ (Vayikra 25:55), to which the Talmud (Kiddushin 22b) adds, “and not the servants of servants”.