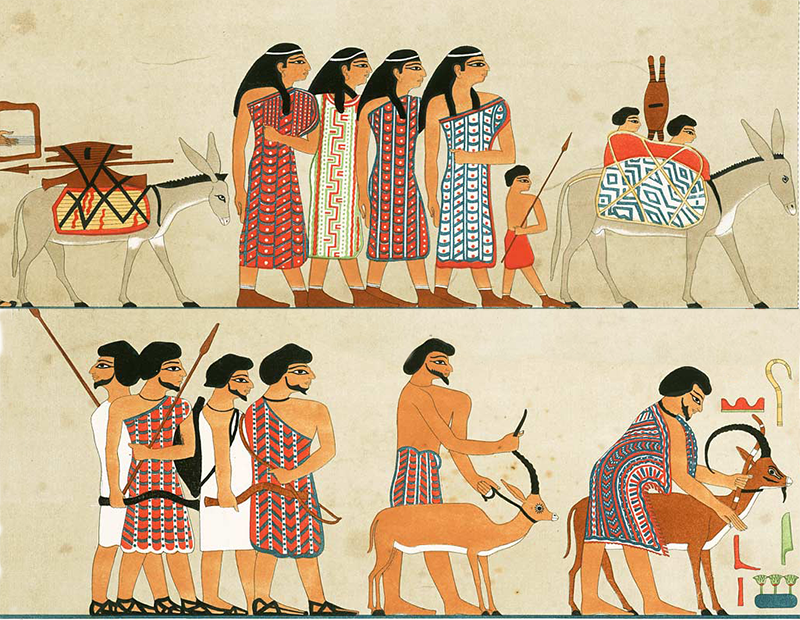 As the story of the “first family” of Israel reaches it’s climax, Yosef’s trap is baited and set.  Last week’s parashah ended on the note of a perfect cliff-hanger. We all know the outcome, but those in the trap do not.

One of the brilliant characteristics of the literary style of B’reishit is that the names and titles of its characters matches the mood of those to whom they relate. The phrase “Yosef’s brothers” occurs throughout this and the previous parshiot, since for the most part Yosef’s point of view predominates. Quite often, the phrase is used ironically, as the brothers fail to act in any semblance of a brotherly fashion toward Yosef.

But in our parasha, for the first time, we hear Ya’akov’s sons referred to as “Bnei Yisrael”—the sons of Israel. This is significant: Yosef’s brothers may make individual choices and mistakes, and Ya’akov’s sons may represent the family; but Bnei Yisrael represent the entire Jewish nation—past, present, and future. It is by that designation that they take their first step into what will soon become Egyptian slavery.

But we’re getting ahead of our story. What brings about this first nominal hint of history in the making? To answer that, we need to go back two parshiot, to the incident of Tamar and Yehuda.

Recall that Tamar had been betrothed to Yehuda’s son, Er. When the young man died, his brother Onan was betrothed to Tamar. However, rather than carry out his fraternal duty to his dead brother, he “spilled his seed on the ground, because he knew the child would not be his”. Note that according to the p’shat—the plain meaning of the text—Onan’s crime was not in spilling his seed, but in not being willing to give Tamar a child to carry on his brother’s name. It was a crime against his brother’s future;  his punishment was that his own future was cut off.  Measure for measure.

And yet, apparently, Tamar kept faith with Onan and did not let on to Yehuda. How else to explain Yehuda’s fears about giving his third son to Tamar as husband? He had no way of knowing, and apparently Tamar wasn’t about to tell him. And so, when the next son is ready for marriage and is not betrothed to Tamar, she takes matters into her own hands; in keeping with what seems to be a family tradition, she resorts to deception. She deceives Yehuda into lying with her. The deception could have cost her her life, had not Yehuda undergone a significant character change. When she brings out the proof that he was the man who got her pregnant, he does not fall back on falsehood, but admits his own fault: “She is more righteous than I am.”

Not for nothing is the future king of Israel to be born out of this union. A hint of buried treasure is hidden in this episode: royalty is the offspring of the willingness to accept the responsibility for one’s mistakes. One cannot rule others if he cannot rule himself, because without this, he is at the mercy of outside forces, subject to the kind of peer pressure that led Yehuda to conspire against his younger brother. Nor can one seek to protect one child at the price of his brother’s memory. Yehuda has learned a hard lesson about leadership, continuity, and family.

Yehuda’s transformation in the incident with Tamar allows him to take the next step, the completion of his teshuvah for not saving Yosef all those years before. The trap that Yosef has set would leave Binyamin a slave to the capricious Egyptian governor, while Ya’akov’s remaining sons traipse home to tell their father that he is bereaved of yet another—the last—of Rachel’s children.

But Yehuda is not about to let that happen. Instead, he offers himself in place of Binyamin, and accepts upon himself the very same fate that his actions decreed for Yosef—to be a slave in a foreign land. It is the final act in the self-transformation that began with his admission that “she is more righteous than I am.”

Yehuda’s offer is the final proof that the story of deception and counter-deception that has plagued Avraham’s family from the beginning is now at an end. The buck stops with Yehuda. With that one decisive admission of responsibility, and readiness to accept the consequences, Ya’akov’s sons have grown up.

Our parasha is the watershed between family history and national history. The story of Yosef finally brings about reconciliation and mutual responsibility in a family that has, from the very beginning, been torn by jealousy and schisms. In each of the preceding generations, the firstborn was deposed in favor of the younger, leading to the loss of one side of the family. In Yosef’s childhood, the fight over leadership of the family had lead to prolonged bitterness, and eventually to attempted fratricide.

But Yosef was not, after all, the person destined to end this cycle of familial competition. Instead, Yehuda rises to the challenge, thanks to a lesson he learned from Tamar. Tamar’s insistence on Er’s right to be remembered taught Yehuda that one cannot allow ones brother to just disappear without a trace. The question asked by the prototypical brother “Am I my brother’s keeper?” at the very beginning of B’reishit has been answered in the affirmative.

Only by inculcating this core truth, can Ya’akov’s family become Bnei Yisrael.