This post also appeared in the Times of Israel Blogs 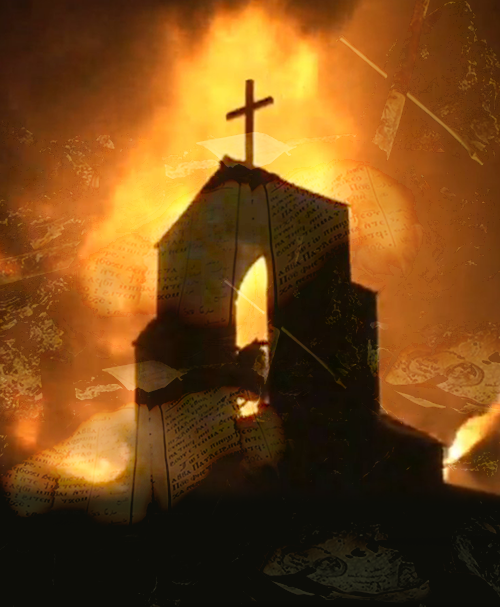 The recent murder of 147 university students in Kenya, singled out for being Christian, has once again called attention to the dangers faced by Christian communities in the Middle East and Africa. It has also given rise to a predictable blame-game: is enough attention being paid to these victims? Why isn’t more being done?

The fact that minorities can find themselves “stateless” even in their native countries is borne out by the plight of Christians across the Middle East, currently in dire straits.

In the wake of recent attacks on Jews in Europe, Israeli Prime Minister Benyamin Netanyahu called for French and Danish Jews to emigrate to Israel en masse.  Nor was this mere lip service: the Israeli government approved a multi-million shekel emergency plan aimed at encouraging immigration from France, Belgium, and the Ukraine.

And while these initiatives were not exactly well-received—especially by the Jews in question—the Israeli appeal stands in stark contrast to the notable absence of similar initiatives on the part of majority-Christian countries to alleviate the plight of their co-religionists in the Middle East. “Our collective silence,” says blogger Zack Hunt, “is deafening.”

UK shadow foreign secretary Douglas Alexander believes that this lack of political will may be due to “a misplaced sense of political correctness, or some sense of embarrassment at ‘doing God’ in an age when secularism is more common.”

While the failure of Christian countries to mount humanitarian initiatives on behalf of Middle Eastern Christians could be put down to political expediency, this does not explain the seeming apathy of Western Christian non-governmental organizations. Calls by Christian leaders—most notably by Pope Francis—for solidarity and humanitarian aid are met with a great deal of hand-wringing but little real action. Grassroots efforts often begin and end with signatures on petitions—a phenomenon known as “slacktivism”, where people substitute “caring about” for “doing something about” a problem.

This lack of a meaningful response to what amounts to a war of extermination against Christians has baffled Jewish commentators. Israeli cartoonist Yaakov Kirschenbaum writes, “It’s totally crazy that the churches are not speaking out; that the politicians are not speaking out; that there aren’t demonstrations in the streets.” Political columnist David Suissa asks, “How could they stay so quiet when people of their own religion are being massacred?” Ronald Lauder, president of the World Jewish Congress, wondered, “Why is the world silent while Christians are being slaughtered in the Middle East and Africa?” Where, he asked, are the voices of the celebrities who are usually so quick to speak out on social issues?

The puzzle of solidarity

The success of the American movement to save Soviet Jewry is proof that grassroots efforts can produce political change. Why has such a movement failed to materialize among Western Christians? Why have Christian countries not mounted rescue missions to airlift besieged Christians out of danger zones, as Israel did for the Yemenite, Iraqi, and Ethiopian Jewish communities?

In fact, this is the wrong question: solidarity movements like this are the exception, not the rule. The correct question is not why there is such a lack of Christian solidarity—but rather, why did such a movement arise among Jews?

It turns out that solidarity movements require a rare mix of ingredients to produce a sense of peoplehood—something that religious creeds alone cannot provide. Religious beliefs are too cerebral and ephemeral to be the foundation of effective solidarity. What unites people more effectively is a common culture: common ways of doing things, of seeing the world.

Throughout most of history, culture and religion have gone hand-in-hand: a person’s religious affiliation bounds him or her into a particular social and cultural milieu. In the Western world, this link between cultural identity and religious affiliation has become increasingly tenuous; in many countries it has been severed altogether. Religious beliefs have been set adrift, unmoored to any underlying cultural framework. The result is that religion in the Western world has become more unworldly, and less relevant.

Culture, meanwhile, has continued to be the great unifier—or divider. In his famous article “The clash of civilizations?”, Samuel Huntington contends that common governmental systems (e.g. democracy) and economic interdependence are the result of a much more fundamental unifying factor: a shared culture. Without this underlying factor, neither democracy nor economic ties would keep the peace.  Culture is thus a major component of identity, and hence, of empathy. We empathize with those who we feel are like ourselves.

From a cultural standpoint, the Christians in the Middle East live in a different world from that of their Western coreligionists. Not only their worldviews, but even their churches are foreign to those in Western societies, in terms of ritual, language, and doctrine.

By contrast, a Jew can walk into a synagogue anywhere in the world and find more or less the same rituals. The tunes may be different; the accents may be strange to his ear. Even the respective roles of men and women may be different, but the actual prayers will be the same. The same goes for Jewish practice in the home and community.

This commonality of practice is another way of saying that Judaism is a culture, rather than a religion.  What many call the Jewish religion—the intricate system of laws and observances—is in reality both a culture and a legal structure, with room for a wide range of actual beliefs. (Indeed, there are scrupulously observant Jewish atheists.) What unites Jews is something much deeper than religion; beliefs tend to alter over time, but the subconscious awareness of peoplehood remains.

But culture is only part of the equation. While cultural affinities create a bond of sympathy, the translation of emotions into concrete actions depends on yet another peculiarity of Jewish society: it is a culture based not on rights, but on obligations. The halakhic principle of “kol Yisrael arevim ze l’ze” (all Israel are guarantors for one another) is not just a verbal formula, but a legally-binding obligation—quite literally, a commandment.

Love is a very visceral thing. It is something that causes us to go the extra mile, to give of ourselves (the Hebrew word “ahavah” is derived from the verb “to give”). It’s the bond that causes us to educate our children, to care for our elderly parents, to spend nights in hospital with a sick spouse. One can’t legislate the emotion of love, but one can legislate those same behaviors.

Judaism doesn’t preach love as a religious ideal; it commands it as a legal obligation. More accurately, it legislates behavior toward fellow Jews that mimics what we would do voluntarily for those we love. We are commanded to return a lost object, to give a certain percentage of our income to charity, to see to the education of the weaker members of our society, and so on; in short, we are commanded to do for other Jews all the things that a family would naturally do for its members.  What this has accomplished over time is to build a habit of solidarity with our own people.

In praise of tribalism

Jewish solidarity is based on the institutionalization of “tribalism”—which, carried to its logical conclusion, spills over into a concern for the well-being for those outside the tribe. The natural bonds to those we are close to serve as a model for all other bonds.

Interestingly, there is now a renewed attempt to foster a similar sense of peoplehood among Christians in the Middle East. Father Gabriel Nadaf, Spiritual Father to the Israeli Aramean Community, argues that Middle Eastern Christians should regard themselves not as Arabs who espouse the Christian faith, but as Arameans.

This initiative may be motivated by the understanding that love is essentially a matter of empathy and kinship. We love those with whom we feel some commonality, whether of blood or of destiny. One can love all of mankind only in the abstract; and it’s becoming increasingly clear that loving in the abstract produces only abstract results. Only a sense of peoplehood provides the glue necessary to drive the praxis of common care. Just ask the Christians in Iraq and Syria—if you can find any left to ask.