On July 7, 2010, a strange story appeared in Besod Siach, an online Hebrew-language newsletter for the Orthodox. Tucked in among the Torah commentaries and wedding announcements was the chilling story of a viddui—a ritual confession—from beyond the grave. A group of twenty young graduates from a teachers’ college in England had served as witnesses to the last will and testament of a member of the Birkenau Sonderkommando—one of the prisoners forced to operate the machinery of death.

Below is a translation of the article:

Recently, I accompanied a group of some 20 girls from Hassidic families to the Birkenau-Auschwitz extermination camp in order to learn first-hand about the horrors of the Shoah.

The group was guided by Dr. Shoshanna (Sheni) Perl, and was taught by the renowned “Maggidah”, Rebbetzin Rina Tarshish, who came all the way from Jerusalem to speak to the girls about faith and the eternity of the Jewish People. While the girls were still absorbing the difficult scenes, under a steady downpour near Crematorium Two, two women approached and asked them, in Hebrew, if they were willing to help in the performance of a mitzvah. “What is the mitzvah?” they asked, and were told that the two wished for the group to serve as witnesses. We all immediately gathered around them, at Krematorium Two, where one of the two read aloud the following text:

Therefore I have come to this place to perform the viddui at their grave as required by our laws, and to tell what happened at this place to the Jews of Europe, murdered here with cruelty that no words can express. I have come to tell what I have not been able to speak aloud until now. I cannot say with certainty that, as the Rambam wrote: ‘…I will never repeat my deeds.’ I don’t know whether I would have the courage now to do what I should have done then. What I do know is the price I have paid, the nightmares and the memories with which I live.‘We have departed from Your Mitzvot and Your laws, and have gained nothing…’

Ovadya himself, who apparently was to have come personally to that dreadful place in order to make atonement, is no longer alive. In an email exchange with Dr. Shoshana Perl, Yael, the woman who read Ovadya’s statement, explained that the task of fulfilling Ovadya’s final request had fallen to her. It would appear that she is Ovadya’s daughter; however, regarding the exact relationship, Yael has chosen to remain silent. 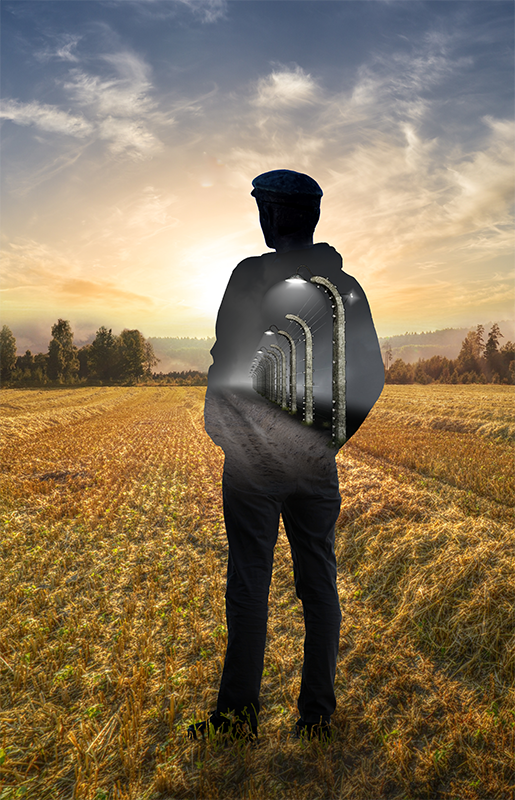 Finally, the story behind this remarkable confession from beyond the grave has been told. It is a story of Teshuvah against all odds, of humanity in the face of soul-numbing despair, and friendship in the heart of Hell. It is a testimony to the ultimate triumph of the human heart over its own weakness, the final proof that even death is no barrier to the soul in need of redemption.

Returning tells the story of two people facing an unspeakable past. One of them must tell the story, and the other must live it to its ultimate conclusion.