You are here: Home / Hashkafah & Jewish Thought / Revenge is Surrender 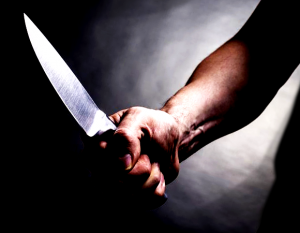 I had hoped never to have to write a post like this, but it needs to be said….

To all those who call for revenge, who spout slogans like “All they understand is violence,” consider the consequences. To all those who suggest that we should be more like our enemies—that we too should become bloodthirsty child-killers—think about what you are suggesting.

Stop and think for a moment: What has it actually bought them? What sort of “victory” have they won? Failed states with millions of hungry people on the streets. Civil wars that have left millions dead and tens of millions homeless. Even the wealthy oil states are poor by the standards by which the real wealth of a country is measured—human capital and the well-being of its citizens.

Are these the people you want to emulate?

But should we abolish this difference, in order not to be attacked? In order no longer to be “a nation that dwells alone”? Because really, that’s what those who say, “we should act like they do” are really saying. The implications of “acting like they do” are to give up the values that have sustained us throughout our history, and to assimilate into our environment. Does the world really need yet another impoverished, brutal Middle Eastern country? Because if we cease being Jews in order to “strike fear into the hearts of our enemies”—then that’s exactly what we will become—another Middle Eastern country whose thirst for revenge takes precedence over the well-being of its citizens and the future of its children.

Yes, we should do all we can to protect our own and to win our battles; we can’t afford not to. But giving up our values will not help us win. It will only cost us our self-respect and the morale of our soldiers. To take on the values of our enemies is to surrender to them, to become them. Is that what we want to do? Certainly it’s what our enemies want us to do. Many in the Arab countries would love for us to sink into barbarism and so lose both reason to fight and means of doing so. They know that our flourishing economy gives us a material advantage over any combination of Arab states. But all this is built on love of life, not death.

We don’t need to become our enemies in order to defeat them; we’re holding our own—and more—by being true to the same values that have brought us life and prosperity in Eretz Israel. Anything else would be true surrender.