You are here: Home / Writing & Publishing / Writing Tips: Some Notes on Story Structure and Pacing 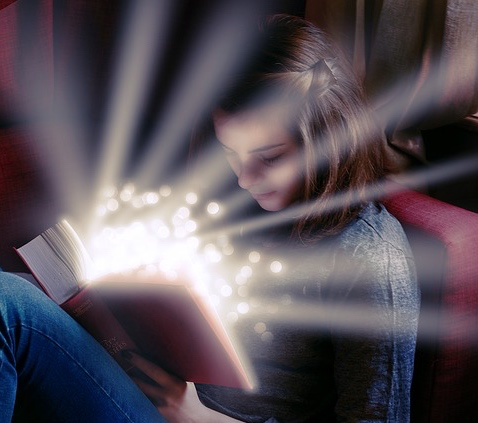 A good story is a “constructed reality,” and this is no less true of non-fiction than of fiction. Getting this constructed reality from your head into the heads of your readers requires more than just a command of words. Your story’s credibility depends on how closely it conforms to the reader’s own experience of how reality “works”. This experience is itself a mental construct, but because we all use more or less the same tools to make sense of our shared universe, the rules of story-telling are shared in common across human cultures.

Two tools for conveying a sense of perceived reality are story structure and pacing. Structure works on the macro level of story, while pacing works on the micro level. Both together serve to carry the reader smoothly through the story like a whitewater rafter who has lost his paddle, and must trust you to get him safely through the rough bits.

The examples below are taken from one of my writing workshops: “Memoir as the Preservation of Jewish Memory” but they are applicable to all genres.

Let’s take a brief look at story structure. The classic story tends to be composed of three distinct, if un-announced, acts; four if you include a launch scene or prologue.

Act 1: Here, you’ll introduce your characters, settings, and what is at stake for your protagonist. Act I will end with the First Plot Point—an incident that changes the life of the protagonist and propels him or her in a new direction. Typically, this first act will take up the first 25% of your book.

Act 2: In the first half of Act 2, your protagonist will react to the First Plot Point, until…

Major plot-twist (Plot point 2): Something happens that throws a wrench into the works. This can be a fateful meeting, an unexpected catastrophe, or something that changes the way the protagonist looks at the world. Ideally, this should come about mid-way through your book (which, in turn, is midway through Act 2).

After this life-changing event, in the second half of Act 2, your protagonist will begin to take definitive action. However, all will not go as expected. Act 2 will end with the Third Plot Point, in which the challenges facing the protagonist becomes more acute, building up to…

Act 3:  Following Plot Point 3 which ended Act 2, The protagonist finds a way to change course toward resolution of the challenges facing him or her.

Crack open one of your favorite books at random, and you’ll see this structure in just about every effective story! If you’re an outliner, then fitting your individual scenes into this structure on a conceptual level will help you keep things flowing toward the eventual denouement.

Even in individual chapters, it’s a good idea to keep this structure in the back of your mind; though not every chapter forms a complete story in itself.

Unpacking the Three-Act Narrative: an example

Now let’s take a closer look at how all this works. Say you’re writing a memoir about your Aunt Eleanor, whose life spans pre-holocaust Europe, the horrors of the holocaust, and a new life in the United States. You could just structure your story as a linear narrative, with each scene arranged in chronological order. However, the story would be made far more dramatic, and far more interesting to the reader, if you stepped out of the linear flow of events to tell the story out of its chronological order.

Act I.  The opening chapters, up to the first 25% of book, might be a portrait of a troubled young woman starting her life over in a new land. Eleanor is haunted by vague nightmares, which hint at a dark secret. The reader doesn’t know what happened to her. Perhaps Eleanor herself doesn’t remember all the details—or prefers not to remember. But the vague hints make it clear that much of her life is lived in reaction to some buried past. The goal here is to set up a mystery, which the reader will begin to try to solve. Plot Point 1 could be Eleanor’s graduation with a degree in psychiatry and her setting up shop as a therapist.

Act II.  Middle chapters. Eleanor’s new job as a therapist allows her to take control of her life. She finds that helping others is her path toward helping herself. The goal here is to develop Eleanor’s character and show how she fits into (or fails to fit into) her surroundings.

= > Crisis. This should occur close to the 50% mark. Eleanor meets, and falls in love with, Avi, a troubled young man who shares much in common with her. Can she break down the barriers to her past, in order to help Avi deal with his own trauma? Here, the narrative could flash back to the events that Eleanor has not revealed to us up until now.

Act III:  Movement toward resolution.  Having told us how Eleanor lost her family in the camps, the story now focuses on her resolve to become someone they would be proud of. She marries Avi and begins to truly rebuild her life. She uses her own painful experience to bring Avi out of his depression and into the light.  The next dramatic turning point should ideally come around 75% into the book.

Last chapter—resolution. The conclusion might depict Eleanor, now no longer running from her past, sorting family photos into a scrapbook for her grandchildren.

While structure can help to carry the reader through the story, there is more to a narrative than pure structure. To be meaningful, a story should convey something to the reader which resonates with an inner truth and makes the reader feel that the ride was worth it.

In the example of the novelized memoir above, some of the key themes might be:

Keeping your themes ever before your mind’s eye can help you to overcome writer’s block and tie the narrative together. If you reach a point where you have no idea what to write next, you can always write a brief “theme piece” that gets across one of your major themes. This can be a dialog, or a bit of introspection on the part of a character. It doesn’t even have to go into the finished book; all it needs to do is guide you over the rough spot.

Your metaphorical whitewater raft is racing downstream, taking the reader on a wild and unpredictable ride. But for the ride to be enjoyable, you’ll need to make sure the scenery is everything the reader expects, and that the ride isn’t so wild that the reader feels the need to come ashore to take a breather.

The pace of the ride is in your hands: you control the bends and turns, the boulders in midstream and the swiftness of the rapids.

To slow things down a bit, you can intersperse introspective scenes between the more active ones to let the reader catch up and make sense of things, while your protagonist takes a walk in the park to do the same. This helps to build empathy for the characters, and also keeps the flow from becoming too chatty or, alternately, too choppy.

Alternately, you can create a sense of suspense with a very simple trick: write a chapter, complete with its natural conclusion, and then…chop off the last paragraph, leaving the reader standing at the edge of the precipice. Now append that last paragraph to the beginning of your next chapter.

This minor mental cliff-hanger leads the reader to start the next chapter immediately to see what happens next. An added benefit is the way this highlights the internal structure of your story—you can even use your opening / ending paragraphs as an outline of your story structure as you go along.

Pacing isn’t only used at the chapter level; it works just as well at the level of the individual paragraph, and even the individual sentence. Shorter sentences tend to promote a feeling of action. Things unfold at a furious pace. No time to stop and think. A shot rings out! A shadow moves….

On the other hand, longer sentences foster a sense of tranquility and timelessness. There is no need for hurry, so stop and smell the proverbial roses, revel in the beauty of an unexpected turn of phrase, linger over a colorful bit of prose. Long sentences are for connoisseurs who have the luxury of time.  All a matter of pacing.

Feel free to play with sentence structure as a means of conveying the way your characters perceive time and the flow of events in which they are swept along. But don’t stray too far from standard grammatical rules, lest you lose your reader! Those rules are there for a reason, as guidelines for intelligibility. Even when sentences are split for impact or to convey a fast pace, the subject and predicate are still there; it’s just that they’re implicit, rather than explicit. The rapid unfolding of the story may not allow time for them to be spelled out, but they’re there, nonetheless.

I’ve tried to touch on a few of the various ingredients to good story-telling, but this is only the tip of the proverbial iceberg. I’ll include some links below to further information.

And last, but certainly not least, K.M. Weiland’s multi-part series on Story Structure. And check out the other articles on her site.