You are here: Home / Parashat HaShavua / Eshet Yifat Toar: Some thoughts on a shocking legal ruling 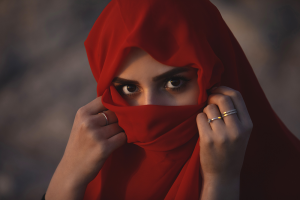 In Megillat Ta’anit (an almanac of notable dates on which one should not fast or give eulogies), we find that one such entry was the day “on which the Book of Decrees was burned (that is, abolished)”.

What “Book of Decrees” was this? The rabbis answer that it was the penal code of the Sadducees, which interpreted “an eye for an eye” as an actual eye and “a tooth for a tooth” as an actual tooth.  Amazingly enough, the rabbis considered the reinterpretation of a law in the written Torah away from its pshat (simple) meaning as cause for celebration! Today, we’re so used to interpreting these laws this way that it’s easy to forget that this interpretation was once the subject of a dispute that threatened to split Jewish society.

As we’ve seen in the story of “Tanur shel Achnai“, the rabbis took their freedom to interpret very seriously. They were not averse to legislating certain laws entirely out of existence.

Some famous examples where the sages of the Mishna and Talmud engaged in creative interpretation to “edit” Torah laws are the case of the Sotah (the woman suspected by her husband of adultery) and the Ben Sorer u’More (the rebellious son). In the case of the Sotah, the sages made it very difficult for a jealous husband to secure a “conviction” (See for example, the requirements of warning in Sotah 2a). In the case of the rebellious son, the sage put such onerous limitations on the circumstances in which the accusation could be brought that they could argue “there never has been such a case” (Sanhedrin 71a).

But were the sages actually taking liberties with the Torah? Or were they following the subtle cues laid down by the Torah itself?

It’s been suggested that the Torah sets out a direction for societal development, pointing the way toward desired reforms, and that in each generation, scholars and governments have worked to continue this line of evolution. One such “signpost” put up by the Torah to show us how our legal systems should evolve is the Eshet Yifat Toar—the beautiful woman taken in war.

Our modern sensibilities are taken aback by this law, which seems to provide legal justification for carrying off and raping civilian prisoners of war at will. But this passage must be read in the context of its own time. At a time when the fate of women in wartime was to be raped and then killed or enslaved, the Torah laid down a rule that if a man wishes to lie with a woman taken in wartime, he must marry her. What that meant in those times was that she and her dependents must be economically supported for the rest of their lives (the vast majority of women were not self-supporting at the time). The Torah is in effect saying: “You want to have your way with her? Fine, but for that to happen she must be made a respected member of your household, economically supported at least in the same fashion as in her former life.”

Was this ideal? Not at all! But later authorities saw this rule as illustrative of how the law should evolve—take a bad situation and improve it in whatever way is practical in your day, so that those who follow will have that much better soil in which to sow the next improvement. And so the next wave would see the invention of the Ketubah (the original prenup) which guaranteed financial support of women whose husbands divorced them. And after that, the next steps included the amendments of Rabbenu Gershom stipulating that no woman could be divorced against her will, and that a man could have only one wife (this had already been made a practical necessity by increasing the economic burden on men to support their wives).

The continuation of this “directed evolution” saw the ruling that “kol hanashim hashuvot hen” (“all women are prominent women”) to explain why women recline at the Seder table. In our day this has been further extended by Rav Yoel bin-Nun. His contention is that the Mishnaic category of “nashim” is a purely legal category, rather than a biological one. It merely designates people in a certain state of economic dependence, and that today very few women actually fit that designation. The implication of this redefinition is that women may no longer be exempt from time-bound mitzvot, and that legal inequalities will need to be abolished as soon as practically possible.

Halakhic evolution never stands still; all that remains of the earliest forms of Torah law is the direction that it set for further evolution. Had the law of the Yifat Toar not existed, or had it instead simply supported the extant status quo of rape and pillage, it’s possible that today the status of women in the western world would be very different.

To the extent that the modern liberal model is founded on the advances of the Torah, we could even see the Yifat Toar ruling as paving the way for the increased sensitivity to women’s status up until our own age.

The voice of the future

In the cases of the law of the beautiful woman captured in battle, as with the “rebellious son” and “an eye for an eye”, the Torah sought to limit, or at least channel, human reactions. There is evidence from other Near Eastern societies that many of the punishments mentioned in the Torah were common practice in the region long before the institution of formal law codes. Stoning, in particular was a very common “public outrage” measure. The Torah sought to “tame” this punitive response, by regulating how and when it could be put in practice. The Tannaim took this a step further, limiting its application even more, and the Amoraim seem to have legislated it out of practice altogether.

The notion that the Torah comes to regulate the natural response is a very fruitful idea, in particular when dealing with issues where our moral sense recoils. In all the examples given above: the Sotah (the woman suspected by her husband of adultery), the Yifat Toar (the beautiful woman taken in war), the Ben Sorer u’More (the rebellious son), the Torah seems to be saying: “You want revenge? You want to slake your lust? Your need to control? Sure, but not so fast! There are procedures that must be satisfied first!”

And in the course of fulfilling the required bureaucratic requirements, tempers cool, lust subsides, sanity prevails.

Do we still need such procedures? A look at the news in our region attests to the adage that a stream returns to its natural course. Just as 70 years ago Europe proved to us that the veneer of civilization is thin indeed, the Middle East seems fated to periods of violent upheaval.

Yes, we still need legal rulings to channel human barbarism and cruelty into the fragile sanity of bureaucratic procedure. And yes, we still require such procedures to be backed by Divine sanction. We need to know that in following the saner course, we aren’t simply giving in to the temptings of our own cowardice or—dare we say it—of a wimpy compassion. Rather, we have the higher order of heaven and earth at our back when we choose mercy over cruelty, forgiveness over revenge. I am convinced that if evolution itself could be given a voice, it would applaud such choices in the voice of the Torah itself.

Perhaps it already has!