You are here: Home / The Jewish Year / Sukkot: Dancing over the abyss

Today I find myself facing contradictory realities. On the one hand, this date on the secular calendar marks the anniversary of the ill-fated “rebellion” in Birkenau, in which the Sonderkommado attempted to defy the fate that awaited them, and nearly succeeded. The attempt failed in the end, though perhaps it went some way in mitigating the ignominy attached to their names.

But then this unhappy anniversary contrasts jarringly with the Jewish calendar. Here in Israel we are in the midst of the holiday of Sukkot, a holiday called “The Time of our Joy” ( זמן שמחתינו ) 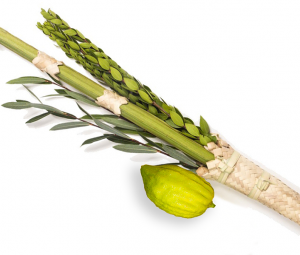 While other holidays are said to be times of joy as well, Sukkot is singled out in particular by the Torah (D’varim 16:15): “You shall be altogether/only joyful.” (והיית אך שמח)

But can we ever be “only” joyful? Is there ever a time when we are completely without other emotional states? I contemplate the jarring juxtaposition of dates… Is the Torah asking of us the impossible?

It would appear that the key lies in the little word אך, usually translated as “only” or “solely”. Rav Yoel bin Nun argues that this word may not mean what we think it does; in fact it may be read as a shortened version of אכן (“indeed/nevertheless”). It has the connotation of juxtaposing seemingly contradictory phrases to bring out some hidden meaning.

Thus the phrasing of the Torah may point to a more complex reality: Despite the many reasons for feeling anything but joy, you will indeed be joyful.

Perhaps this is the key to a baffling bit of d’rash in the Talmud (Ta’anit 8a):

Rabbi Yehoshua ben Levi said “Whoever is joyful in suffering that befalls him brings salvation to the world [olam], as it is stated: ‘Upon them have we stayed of old [olam], that we might be saved.’ (Isaiah 64:4)”

There are numerous words for “joy” in Hebrew. The particular word used here—שמחה (Simchah) — is in a category all its own, and partakes of a quality that is outside any bodily pleasure or emotional happiness. Rav Ish-Shalom once pointed out that only one letter differentiates the Hebrew word “simchah” (שמחה)—here translated as “joy”—from the word “tzmichah” (צמחה) which means “growth”.

We’re commanded to be אך שמח (altogether/indeed joyful) at the very moment when we acknowledge—even rejoice in—our vulnerability, when we are exposed to every blast of wind and open to the rain. This is a joy that is anchored in the eternal, a joy that can dance over the abyss in the sure knowledge that the spirit of God hovers over the waters.

May future generations know these things without having to learn them as we have learned them.