You are here: Home / Halakhic Process / Massechet Ta’anit: Do we still need to pray for rain? 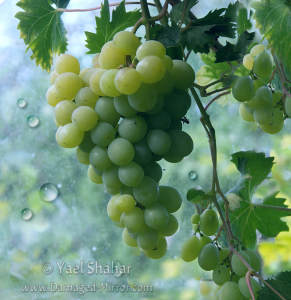 For the past year, I have been learning Massechet Taanit, the only tractate in the Talmud that centers around the weather! It discusses when we should pray for rain, what it means if there is no rain, and why all this is more than just an academic question. Drought is a communal threat and must be met in solidarity with the community.

Tragedy—such as the harvest that would be lost if there is no rain—has the effect of splintering society. Suffering sets every man against every other. This is true in particular of famine, because if I eat, someone else does not eat. The message of Ta’anit is: We will not let this calamity splinter us into a group of disparate individuals, each fighting for his own survival. We will meet our fate as a community. We will pray as a community; we will fast as a community. Our strength is in our unity.

Does desalination change the equation?

For over 3,000 years we’ve been dependent upon seasonal rainfall to sustain human settlement and agriculture in our arid region. This dependence is expressed by our liturgy. Jews all over the world pray three times a day for rainfall or dew according to the season in the Land of Israel, regardless of where they themselves live. The Torah itself makes clear that our land is extremely vulnerable to even slight variations in rainfall.

And yet now it would seem that we have finally broken out of that fragile dependence. Thanks to an extensive waste-water reclamation project, and the building of large desalination plants, for the first time in history, Israel now has a water surplus!

One of the more philosophical implications of this is in the area of prayer and gratitude. Does the fact that we now have all the water we need from desalination mean we should change the liturgy? Does the blessing for rainfall become a bracha batalah (redundant blessing)? I’ve seen this argument put forth, most recently in a Facebook discussion on whether we should pray for rain in an era of desalination.

But of course, humans are not the only inhabitants of our land; our existence here is predicated upon our being good stewards of the land, as well as good citizens of our society. Yes, we can desalinate the water we drink and reclaim the water used in irrigation. But that does nothing to fill the streams and cisterns, nor does it nourish the forests that we have so painstakingly planted, nor prevent fires that can devastate both forests and villages. We have done much to renew the ecology of our land, but the success of those efforts is still dependent upon the rains coming in their season. So keep those prayers coming!