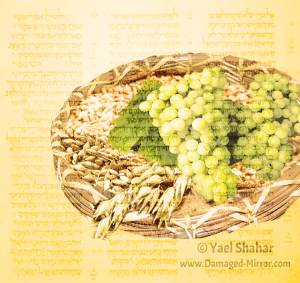 A secret is concealed in the juxtaposition of Parashat Ki Tavo and Nitzavim. We are told how to relate to our history, and that we will not face it alone. “When all this has come upon you…” The procedure for bringing the first fruits contains a holographic image of all of our history. It is the model for the period in which we now find ourselves, now that all of this has come upon us.

Civilizations tend to peak and then die out without a trace. In fact, often enough the success of a nation is a sign of its imminent demise. And yet, we’re still here. The Jewish people was a “nation” long before the invention of the modern nation. It reached its peak of power and, by all the rules governing the evolution of civilizations, should have peaked and collapsed. And yet, that isn’t the way the story ended. Could it be that the dire prophecies at the end of our Torah were a blessing in disguise?