You are here: Home / Memory & History / In the Blink of an Eye: Thoughts on Yom HaZikaron and Yom HaAtzmaut 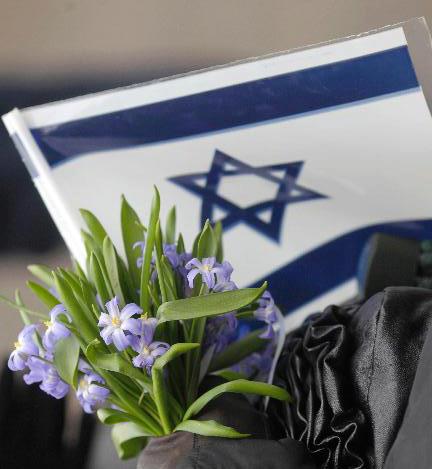 The juxtaposition of Yom haZikaron, Israel’s Memorial Day, and Yom haAtzmaut, the Anniversary of Independence, is startling. On Yom haZikaron, we remember those we’ve lost and we mourn what might have been. And the next evening, the somber atmosphere of mourning suddenly gives way — too suddenly for many of us — to the exuberance of celebration.

The transition never fails to shake me. Is it really fitting? Can we be expected to shift gears so suddenly?

And yet, perhaps it is appropriate after all. This is how the events that we commemorate actually unfolded.  We have gone from the darkest period of a long and terrible exile into the sunshine of rebirth in a single generation. For some, the shift has been too swift to assimilate. We blink in the sunlight, not quite sure the nightmare is really over. We are afraid to hope, for fear that it’s all some malicious trick. Perhaps we are afraid of waking up to find that it was all a dream. And so we downplay the miracle of rebirth.

And yet, it’s as real as today’s port strike and tomorrow’s political scandal. In some ways, it’s too real; the End of Days has been shown to be too ordinary, too… believable. And too steeped in sacrifice.

And yet, the miracle is there, hidden in plain sight. We have only to look backward a few generations.  How many of the past forty generations would have given everything they had and everything they could ever be, just to live in our age for one moment. Just to see Jerusalem rebuilt and its streets filled with Jews going about their daily business. Just to see a fighter plane pass overhead piloted by one of our own. There’s a Jewish rhythm to everything here. Life is lived on our own terms; there may be squabbles among ourselves, political scandals, port strikes and corruption trials; but they’re our squabbles, and our political scandals!

Here in Israel, the seasons match the Jewish holidays. The wheat and barley harvests fall on the Jewish harvest festivals; the change of weather on Rosh haShanah prods us to change ourselves. The ancient holidays that accompanied us through the long night of exile — and which sometimes seemed so theoretical in the countries of exile — now match the pulse of the seasons and the turning of the calendar.

And yet, it isn’t only the ancient holidays that partake of that Jewish rhythm; but also the newer additions born of our generation’s experience.

And so, one week ago, on Yom HaShoah, we mourned those who died stateless, powerless, and abandoned, in the last hours of the Galut. One week later, we mourn those lost in Israel’s struggle for existence.  A week apart, just as Parashat Ki Tavo—which seems so uncannily to predict the Shoah—is read in the synagogue one week before Parashat Nitzavim—which speaks of the return of the exiles and the rebirth of our people.

The two parts of our history are only a week apart, just as our mourning today changes in the blink of an eye to celebration.  The one leads inexorably into the next with the certainty of a script being played out. But it is those we mourn today who stand between the one week and the next–they are the blink of the eye that brings us from the bleakness of the shoah to the rebirth of Israel. Our mourning today is a bitter reminder that we still have to pay for our existence, and perhaps always will.

But the week-long separation of this day of mourning from last week’s drives home another point—that the exchange rate has improved in our favor….  All the wars and all the terrorism since the foundation of the State of Israel have cost us fewer lives than a single day in Birkenau.

And so, tomorrow evening, our mourning will give way to jubilation and gratitude, in the blink of an eye. Even if the world still would prefer to do without us—even if Antisemitism is growing in the rest of the world; even if all of Europe turns against us in the next generation—whatever happens, we’ll survive.

No, not survive, but flourish! Here we’ve built a vibrant, free and open society. Our GNP is higher than that of many European countries. Our economy is flourishing, and our scientific contributions to the world speak for themselves. We have a free press, and we do what we can to do what’s right in a very hostile neighborhood. We have reason to be proud of what we’ve built here in Israel.

And whether we see the miracle for what it is or not, it behooves us to remember that, of all the generations, we’ve been privileged to be born in one that witnessed the reemergence of Israel.

Sometimes the past weighs on me and the nights can be hard. The losses can never be made whole; all the stories never told, the lives never completed, the children never born.

And yet, from my window, I look out over a vibrant civilization stretching out below my village all the way to the Mediterranean Sea. I breathe in the clear Mediterranean air, filled with the smell of citrus blossoms. Whatever the future brings, I’m home.