You are here: Home / Halakhic Process / The Virtues of Statelessness and the Politics of Halakhah 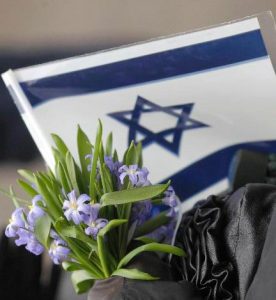 Rav Elli Fischer recently “came out” as an orthodox rabbi willing to perform weddings outside of the official Israeli rabbanut. He explains his reason for doing so (and more) via present and past posts on religion and state in Israel. He joins a number of other rabbis who are taking steps to bypass a rabbanut that is seen by most Israelis — both secular and religious — as corrupt and detached from the needs of the people. Organizations like Bet Hillel are initiating activities between secular and religious Israelis, and efforts are being made to return responsibility for kashrut, marriage, and conversion to the local levels.

It seems the only way to keep our halakhic authorities from becoming politicians is to make a complete separation between “church” and state. On the other hand, I came to live in Israel because it is a Jewish state, and I want to see Jewish values, cultural symbols, and folklore expressed in the society around me. I would love to see Rosh Hodesh become a bank holiday, and the start and stop time of Daylight Savings time coordinated with the prayer, “Ten Tal u’Matar” in our liturgy.

But something that is often forgotten in all such discussions is that halakhah is both an expression and a product of Jewish peoplehood. One of the real tragedies of the politicization of halakhah is that it has been made into an object — something that “belongs” to an elite, who often use it as a tool with which to build siege walls around their political positions. Rabbi Tzaddok had it right when he juxtaposed separating oneself from the community to making Torah into a spade to dig with.

Both halakhah and the State of Israel are expressions of the Jewish drive for self improvement. Unfortunately, they are built on a opposing organizational structures. Halakhah is goal-directed and non-hierarchical. It evolves through pressure from below, in answer to the mundane needs of individuals, or at most, individual communities. The modern state, on the other hand is agenda-driven and hierarchical. It operates by trying to impose core principles for ordering society from above.

Looked at from the position of organizational dynamics, these two systems are bound to clash, and the result is that one will be absorbed by the other and will then take on the “victor’s” organizational characteristics. This is what we see in the politicization of halakhah today — as it becomes absorbed in the political structure, it’s becoming a top-down, agenda-based process; all that’s missing is a Jewish pope!

The Power of Statelessness

However, this isn’t the only possible outcome. One can envisage an outcome where the state takes on the organizational dynamic of halakhah (as it existed during the galut). In fact, this is exactly what happened in the pre-state reality. Virtually all of the institutions which came into being prior to Independence were founded at the local level in answer to the needs of individuals and communities, informed by very basic Jewish values. Thus we ended up with a healthcare system that is one of the best in the world, labor unions that were functionally efficient (up until they became political tools, post-Independence), and a defense infrastructure based on mutual accountability. In essence, these infrastructures are based on the same model as halakhah, and are fed by the same values.

But this happened not despite statelessness, but because of it! This is the model that allowed Jewish communities in galut to build robust communal infrastructures that in many places were far ahead of those of the non-Jewish societies around them. What’s more, they grew out of what is becoming more and more accepted as the model of the future.  Increasingly, nation-states are losing sovereignty both upwards (to supranational authorities) and downwards (to interest groups, corporations, agenda setters, lobbies, etc.). Part of this shift is technologically driven and part of it is driven by societal shifts, but many see nation-states are moving in the direction that Jewish communities had pioneered throughout the galut — toward bottom-up, non-hierarchical decision making.

It’s ironic that while all this is happening outside of Israel, here at home, we’re struggling to bring a political structure built by, and adapted for, Western societies into line with our own native organizational structure.

What’s the solution? I haven’t a clue! But one thing does seem to me crucial to saving halakhah: we must stop trying to adapt halakhah — the embodiment of our native organizational culture — to an organizational structure that is antithetical to the halakhic process. This means that halakhic authorities need to be barred from becoming members of the knesset (at the very least). The political process has done more violence to halakhah than halakhah has done to the political process.

And truthfully, halalkhic authorities can have far more impact on Israeli society if they go back to the grass-roots, influence-based model that produced most of the halakhic growth in previous generations. Today’s politician-rabbis remind me a bit of the fish in R’ Akiva’s parable of the fox and the fish: they are outside of their element. And they’re dragging the Torah outside the stream with them!