A big thank you to Libi Astaire for inviting me to participate in the current My Writing Process Blog Tour. Libi is the author of the  Ezra Melamed Mystery Series, set in Regency England. Take a look at her blog here: http://libiastaire.weebly.com/ramblings-in-jewish-historical-fiction-writing-a-blog.html

The way this blog tour works is that we each answer the same four questions about our writing process. So here goes!

At the moment I’m sharpening pencils….

Like most indie and small press authors, I’m finding that writing is only part of what it takes to get a book out into the world. To give A Damaged Mirror the best possible chance of reaching those for whom it can make a difference, I had to ensure I was turning out the best product I could manage. That meant learning Indesign in order to do the interior layout, perfecting my ebook coding skills, and familiarizing myself with the ins and outs of POD printing.

Now, having acquired those skills, I’m able to turn them to other projects.

My next book will be a good deal lighter than A Damaged Mirror, owing mostly to the process that led to Mirror’s being written at all. And that next book? It will tackle a very serious research question, namely, what happens when you sit down to study Talmud…with a cat?

Havruta with a One-eyed Cat will explore philosophical conundrums and issues of justice–both divine and human–as debated in the Talmud. But it will be told through a series of imagined dialogues with a cynical feline, whose quirky observations will bring out the very humanity of the Talmudic debate.

Enlightening? I hope so. But mostly, this next book should be just plain fun.

2) How does my work differ from others of its genre?

This one is a bit difficult to answer, in that neither Havruta with a One-Eyed Cat, nor A Damaged Mirror are easily categorized into any particular genre. Certainly Havruta is going to be very hard to peg into any particular category. Philosophy? Jewish studies? Symptoms of mental illness?

And of course, all of this holds for A Damaged Mirror as well; no single genre quite fits. It is a story of recovery from trauma, of guilt and atonement, of the preservation of memory…. But most of all, it is a story of God-wrestling in the timeless tradition of Ya’akov’s wrestling match with an un-named and un-namable entity on the banks of the Yabbok river. We’ve all crossed that river at one time or another, and most of us have wished we had some name to give to what we faced there. But, like Ya’akov’s opponent, the apparition vanishes in the light of reason, leaving us both wounded and blessed…and forever changed.

A Damaged Mirror is a story of just such a transformation. As such, it defies genre-fication.

This one is a bit easier, in that the answer–in the timeless Jewish fashion–is another question: how could I not write what I do? 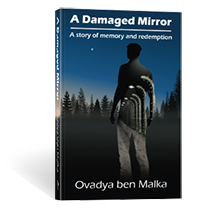 At least in the case of A Damaged Mirror, the writing was a path toward healing–both physical and spiritual. Ovadya’s story had been a part of my inner world for so long that it was eating me out from within, begging to be told. Once started, the process took on a momentum of its own, consuming six years of almost full-time engagement.

It is a story of the intersection of two worlds, each complete in its brokenness. My own experience forms part of the story, but the main voice is Ovadya’s from beginning to end. This is not only because his was the story that needed to be told, but also because his voice best conveys what it’s like to live with traumatic memory, with its odd juxtapositions of past and future. That sense comes through in the very language that Ovadya uses to describe his experience. He begins to describe the conditions of Birkenau and suddenly “was” gives way to “is”. “There” becomes “here”.

There is no way out of that loop, other than through it and out the other side. For Ovadya, this meant taking his case to a rabbi to judge, and the story of what happened as a result forms the bulk of the book. That search for justice and atonement was his path to healing. Telling his story was mine.

4) How does my writing process work?

My process will depend a lot on the tools I have to work with, but one feature stands out: I’m an aggregator and synthesist, rather than an outliner. I write what comes to me–on note cards or text files, on an ipad or on napkins… whatever is at hand. I may not know what to make of these little bits of prose, but eventually they get worked into the fabric of some bit of writing. A Damaged Mirror started out as journal entries and some 900 pages (!) of correspondence between the principle characters. A gigantic jigsaw puzzle that I had to put together without having the picture on the box showing what the finished product should look like.

I wrote the first draft in epub format so I could view it on any device (and for other reasons, which would be of interest only to a fellow nerd), then sat down with an Ipad and read it as if I were some poor schmuck hauled in off the street to read it and highlight. Does it flow? Does the language sing and laugh and dance? Do the characters continue to love and fight, regardless of whether they’re alive or dead? If not, why not? Then back upstairs to the PC to implement the changes. Save and send to Ipad…. Repeat. This two-stage process allowed me to make use of a little known human capability–the capacity to invoke split personalities at will. Move over, Author; it’s time for Reader to take a turn!

Working in this way, I rarely have to face the dreaded blank screen or blank sheet of paper. Rather my problem is just the opposite–too much material and not enough structure. The masses of scribblings that eventually condensed into A Damaged Mirror could just as easily have yielded any of a dozen other stories. But the one that emerged was the one that most needed expression, and so that was the one I went with.

Perhaps one day I’ll get to pulling a few other stories out of the remaining writings.

And now I pass the baton to two creative writers: Gila Green and Sue Randall. Be sure to check out their blogs next week, 9th June, to see what they’re up to. 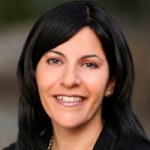 Canadian Gila Green moved to Israel in 1994. Her novel King of the Class was released in April 2013 by NON Publishing, Vancouver. Her stories and articles appear in tens of literary magazines in the U.S.A., Canada, Australia, Ireland, Israel, and Hong Kong. Her collection, White Zion, is a finalist for the Doris Bakwin Award and her work has been short-listed for WordSmitten’s TenTen Fiction Contest, the Walrus Literary Award, the Eric Hoffer Best New Writing Award and the Ha’aretz Short Fiction Award. Her new novel has just been accepted by an agent. Her site is: www.gilagreenwrites.com 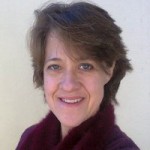 Sue Randall was born in Johannesburg, South Africa, in 1965. Her father, Peter Randall, co-founded Ravan Press, which published anti-apartheid works during the apartheid era. Sue has a Masters degree in research psychology and is currently employed as a full-time editor in a legal organisation. Her first book was “Snakes and Angels” (2001), followed by “South of Nirvana” (2007). Her third book, “Masza”, was based on personal experience of past-life memory. She blogs at: https://crazywheeloflife.wordpress.com/