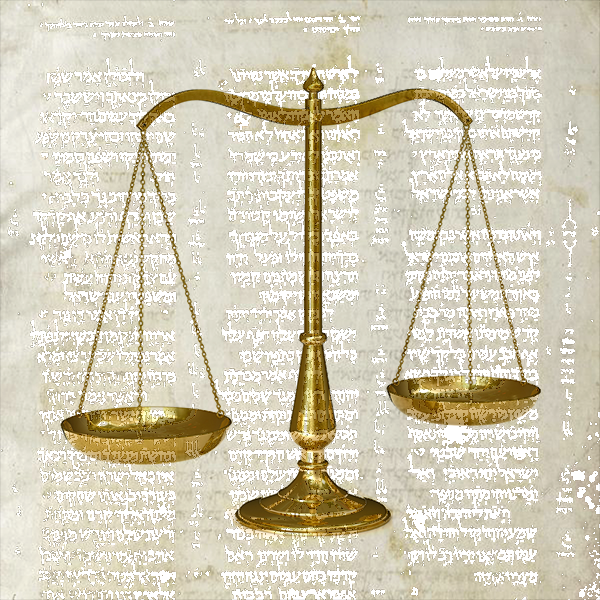 “Teshuvah is always possible,” said Rav Ish-Shalom. “Always. Perhaps your Teshuvah will never be Teshuvah G’murah—Completed Teshuvah. But it will still be Teshuvah.”

I could only shake my head at that. How does one do Teshuvah at all for wrongs against the dead?

“In fact,” my teacher continued, “your self-doubt is a sign that Teshuvah is needed.”

I must have looked mystified, because Rav Ish-Shalom smiled in that mischievous way that he had when he had managed to befuddle me.

I puzzled it through. “So just the belief that we’ve done wrong is an injury to the soul, and needs to be healed?”

Rav Ish-Shalom gestured for me to explain.

“I didn’t say guilt in the absence of a transgression,” said Rav Ish-Shalom. “One who did nothing wrong is not required to do Teshuvah. Here, the emphasis is on doubt. The doubt, and the guilt accompanying it, hint that something needs repair.”

I was not satisfied. Surely we also feel guilt over the very fact of having been brought so low, even if we never took any action at all. I tried to put something of this into words. “But Teshuvah represents closure. No one is in greater need of closure than the one who believes he did wrong, but is not sure he had a choice. So, the one who believes that he did wrong is liable to a greater offering than one who knows beyond doubt.”

Rav Ish-Shalom shook his head. “No and no! One who was coerced is not in need of Teshuvah at all. He is innocent of any wrong-doing. A woman who has been raped is the classic example—she has no need to do Teshuvah. ‘Ought to have done’ exists only where there is choice. ”

“But that’s just it! She may be innocent, but she does not feel innocent! So also with the man who has been forced to do wrong; he knows that he has been a tool of evil. He feels contaminated.”

“He may feel contaminated, but that does not imply guilt. From a strictly legal point of view, he is blameless.”

“And is Teshuvah a strictly legal issue? You yourself have taught me that it is not.”

My teacher leaned back in his chair, his arms behind his head, challenging me to prove my point.

“Look, if someone brings a case to you to judge, obviously you can base your ruling only on whether there was choice or not. But Teshuvah kicks in where human justice ends.” I felt suddenly embarrassed to find that I sounded more like Rav Ish-Shalom than he did himself. I pressed on. “From the point of view of a judge, if there is no responsibility—if a person did what he did out of overwhelming coercion there is no responsibility, and therefore he shouldn’t feel any guilt.  But we do feel guilt. Even if it’s ‘merely’ the guilt of having survived a day longer than someone else. We take on a sense of involvement and implication long past the bounds of physical responsibility. It’s not a rational thing, but it is a very human thing. What are we to do with such feelings?”

My teacher had the look of an orchestra conductor when the strings come in exactly on time. He waved his imaginary conductor’s wand at me to continue.

“So let me put it another way: you’ve told me that no human court would convict me for what I did under coercion. Nevertheless, the Hillul Hashem remains, as does the failure in Kiddush Hashem. That is a wound to the soul. Should I be denied the healing of Teshuvah, just because the injury is beyond any human court to heal? The answer, according to what we’re learning, is that even in the absence of responsibility, the need for atonement can still be met.”

I stopped, wondering where I was going with this. My teacher had his eyes closed, listening. He gestured for me to continue. “Here is how I see it,” I said. “If the feeling of contamination or guilt comes from our experiencing our ultimate helplessness, then the healing comes from realizing that we can take responsibility for our own lives from this point on. And if the feeling of impurity comes from our living through our own deaths, then the healing comes from the ability to partake of life and give life as much and as selflessly as possible.”

I paused, feeling very vulnerable in having opened myself up this far. Finally, I asked, “Should a person be denied the healing of Teshuvah, just because he isn’t guilty?” The answer suddenly mattered more to me than anything else in the world.

Rav Ish-Shalom looked thoughtful. “Let me see if I understand,” he said. “You’re saying that Teshuvah is an act of closure and healing, completely apart from the halakhic issue of physical responsibility….” He sat for a moment with his eyes wide open, gazing off into space. Finally, he turned to me and said, “And how do you tie all this in with the double offering made by the one in doubt?”

I had actually forgotten how we had gotten started on this. Clearly, my teacher had kept the entire course of the discussion in mind from the start. “I can only speak from my own experience,” I said, “The one who believes—but is not sure—is stuck in a kind of vacillation. He is still wavering on the brink of ‘did I or didn’t I? Did I have a choice or not?’ I know from experience that this is a terrible place to be. The double offering serves as an emphasis: ‘Yes I did this thing.’ It marks his acceptance of the responsibility quite apart from any other consideration, such as why he did what he did. It allows a kind of closure. One cannot reach closure until one is able to say, ‘Yes, this is what I did. Yes, it was I who did this.’ We identify with both deed and doer, and accept both.”

“I see….” Rav Ish-Shalom nodded thoughtfully. He continued looking off into space for some time. Suddenly he turned to me with a smile and said, “Thank you. You have taught me something.”